You are here: Home > Gastronomy, Molecular Cuisine And Chemicals In Food

The Physiology Of Taste

Jean Anthelme Brillat Savarin wrote the book, The Physiology Of Taste. It is what he is remembered for, and rightly so, it was the seminal work on gastronomy, when it was published in 1825.

Since the book's publication, a few months before his death, it has not been out of print. The original translation was done by M.F.K. Fisher, a food writer and gastronome herself, in 1949.

Another of my favorites, "He who receives friends and pays no attention to the repast prepared for them, is not fit to have friends."

Chemicals In Food And Molecular Gastronomy 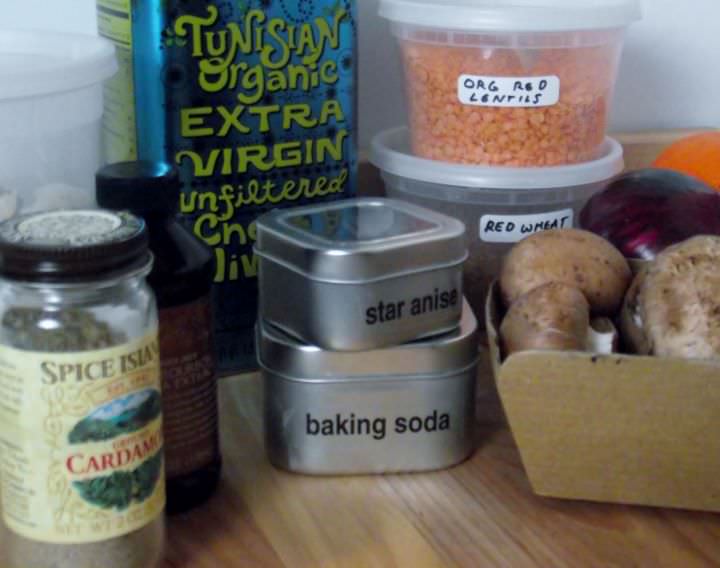 Molecular gastronomy, modernist cuisine or molecular cuisine, by any name is, the application of scientific principles to cooking and food preparation.

Where did it come from? One could argue that it was the natural evolution of things to come. From the first use in a poem on good living in the 1800's to The Physiology Of Taste and from there by gourmands eating in fine dining restaurants, until finally we come to molecular cuisine.

Like I said, one could argue, but that is not where it came from. It came down to modern day chefs from the food processing industry. It wasn't some natural evolution or order of things to come.

As a chef and a foodie I am vehemently opposed to molecular cuisine. Not because I don't like change or find it too complicated. Simply, because I can't stand what the food processing industry has done to food.

Thanks to the food processing industry the nutrition in food is long gone, which is the reason that processed food is fortified. The additives and chemicals in food that has been processed has no natural place, being there. Even with the additives you are still losing all of the phyto-nutrients that real food contains. But mostly, I can taste the difference between real food and that ultra processed synthetic garbage the food processing industry turns out.

Think about the McDonald's hamburger the guy saved for 14 years. The pickle rotted away but the bun and meat are intact.  Speaking of chemicals in food! And people wonder why I don't eat fast food or processed food.

So, my question is this: do we reward the food processing industry by emulating their practices and turning them into works of high art and haute cuisine?

Perhaps it is time to return to scratch cooking. Making our food from raw organic products that are locally sourced and ethically and sustainably produced. Maybe my point of view makes me a dinosaur, or a Luddite, and I am OK with that.

To be fair, I have eaten at a restaurant that does molecular cuisine and it was very good. As well, I have worked with molecular cuisine so that I would have a better understanding of what it is about, I'm just not OK with chemicals in food.

Judge for yourself, take a look at the direction molecular cuisine is headed in. The next new shiny ultra-high-tech cutting-edge trend is going to be Note-by-Note cuisine. This is an excerpt from the Note-by-Note page I linked:

Melt 100 g of glucose and 20 g of tartaric acid (one of the main acids in wine) in 200 ml of water. Add 2 g of polyphenol, which has been extracted from grape juice using reverse osmosis filtering. Boil and add sodium chloride (table salt) and piperine—the pungent agent of black pepper. Bind the sauce with amylose, a polysaccaride, one of the two components of starch. Remove the preparation from off the heat and stir in 50 g of triacylglycerol (a triglyceride or fat and oil component). Serve as a sauce." 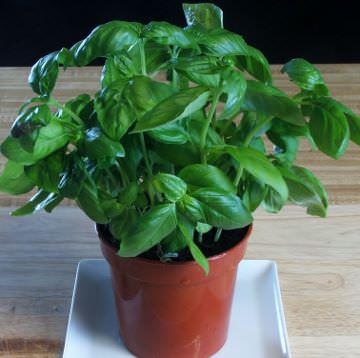 "That is a picture of a real basil plant, son. People used to eat stuff like that in the old days."

Getting back to The Physiology Of Taste; I eat glucose, tartaric acid, water, polyphenol, sodium chloride, piperine, amylose, and triacylglycerol. Ok, well you're a test tube.

Why not just add some wine to a saucepan, reduce it, add a knob of butter, and season it with salt and pepper. Which one do you want to eat?

Maybe through the science of molecular cuisine, Note-by-Note cuisine , chemicals in food, and genetically modified organisms we can create a whole new class of humans, super-humans. They'll glow in the dark, live forever without eating any real food, and if they are ever killed their bodies will simply not decompose.

Do I think all of the ideas and technology from molecular cuisine are bad? Absolutely not, I am just opposed to chemicals in food, or "better living through chemistry." However, many of the contributions made to culinary arts through modernist cuisine are awesome. Because of it many of the old myths circulating throughout kitchens have been dispelled.

For example, searing a steak to seal in the juices. This is hogwash through and through. It has been proven time and time again throughout history and most recently through the science of molecular gastronomy. Yet, you can still find those that somehow choose to believe this myth.

Then there's sous vide cooking, or cooking under vacuum, in a water bath. It is an awesome way to cook that allows for far more precise temperature control than conventional methods of cooking. It does require an immersion circulator which is very expensive but it's a great way to cook.

But then roasting in an oven, sauteing on a range, and grilling on a grill are awesome ways to cook, too. For me, gastronomy means trying to produce the best tasting, most beautiful food that I can while being creative and unique, not serving chemicals in food.