You are here: Home > Food Scam

For as much as I can't stand myths about food and cooking I really resent restaurants that intentionally lie and defraud customers. Food scams, whether they are substituting cheaper meat for more expensive meat like Kobe beef, or substituting well liquor for call and premium liquor, or maybe they're just trying to pass off old seafood for fresh, it doesn't matter they shouldn't be doing any of these things.

There is a restaurant,  on the island here. I've never been there but I came across their menu. I thought I would check out the menu and if it looked good maybe I would give them a try. As I glanced over the appetizers I was thinking to myself that it wasn't anything special, but, for the area maybe they're worth a try. When I got to "Sandwiches" the first item on the line-up was an 8-ounce Kobe Beef burger for 9.95.

I'm going to come right out and say it: The owner of the restaurant, with whom responsibility ultimately lies, is flat out defrauding and lying to his or her customers. There is absolutely no way whatsoever that a restaurant, any restaurant, can afford to sell a half-pound Kobe beef burger for 9.95.

Can I back that up, indeed I can. Let's start with the cost of Kobe beef, it sells for 200.00 per pound, or more, in Japan.  That is without the additional cost of importing the beef and distributing the meat once it is here. So if I put a half-pound Kobe beef burger on my menu I would have to sell it to you for 100.00 or more, in Japan, higher if I serve it to you in any other country. There is a steakhouse in Dallas that actually serves Kobe beef sirloin, it sells for 37.00 per ounce. That comes to 272 dollars for an 8-ounce portion.

Let's look at supply and demand. The breed that Kobe beef comes from is Tajima-gyu. Currently There are about 5500 head of these cattle that go to slaughter each year. Of these 5500, only 3000 or so, are actually certified as Kobe beef, that's it for the entire year: FAQ | Kobe Beef Marketing & Distribution Promotion Association. In other words, the worldwide supply of certified kobe beef is a mere 3000 head per year. Of those 3000 head of Kobe beef only about 10 percent are for export, so that leaves a mere 300 head per year being exported. Those 300 head go to many different countries, not just the US. As a matter of fact the last shipment of Kobe beef, as of this writing, to come into the US, was on 06/23/2015 to Freemont Meats in Nebraska and the total weight was 133.9 kilograms, in three orders of 41.8 Kg, 45.2 Kg, and 46.9 Kg respectively. That is 295.2 pounds of Kobe beef. You can check for yourself, here: Exported Beef | Kobe Beef Marketing & Distribution Promotion Association. In comparison, slaughterhouses in the US, alone, produce about 30 million head of beef per year.

In addition to all that, restaurants that honestly serve Kobe beef have the ID number of the carcass,  so you could ask for the certificate. As it turns out Japanese beef is traceable all the way back to the animal it came from.

To be completely fair, I called the restaurant and spoke with the manager. To verify, I asked if they had a kobe beef burger on the menu and he said yes. I asked the manager, if I come in to order the kobe burger do you have the ID certificate to prove that it is in fact kobe beef. He said no we don't. Then he hung up the phone.

The moral of the story is, if you see a kobe beef burger on a menu it's probably counterfeit. The price is the real indicator, at  10 or 20 dollars or something it s definitely counterfeit and an out and out scam.

One of my favorite food scams - substituting well liquor for call liquor.

How about that margarita? You asked for Jose Cuervo Gold, did you get it? Often times disreputable restaurant owners, managers, and chefs will save call and premium liquor bottles. Then they refill those bottles with well liquor and put them back on the shelf. Don't think it happens, think again, it happens, and more often than you imagine. 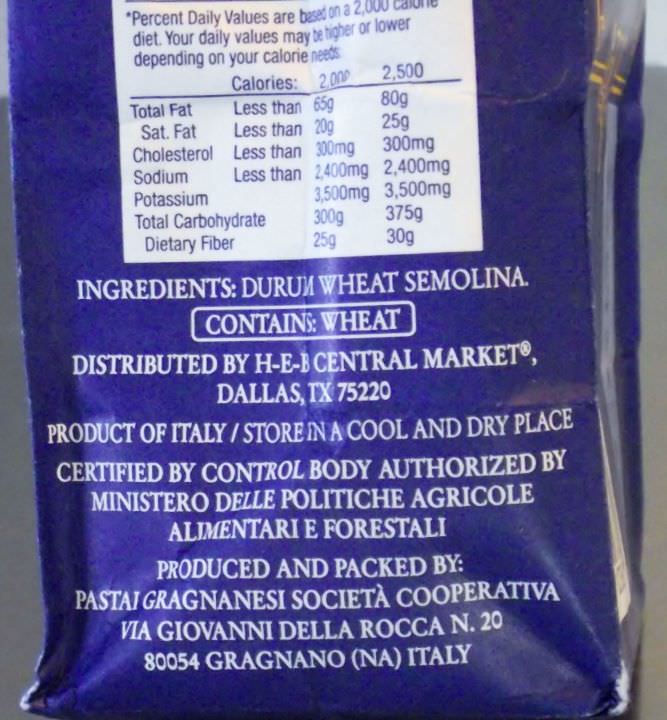 This is a legitimate imported product.

When I was in culinary school, in Italy, they told us that upwards of 80% of the products sold in America that claim to be imported from Italy are knock-offs or counterfeit products. They told us that every legitimate food product that is exported out of Italy is required by Italian law to have the address of the place where that product was produced.

The only exceptions to the address requirement are for products that have a designation label on them, like IGT, DOC, or DOCG, as is the case with Italian wines.

So when you're in the olive oil section at your local grocer and that bottle of olive oil says it's imported from Italy, if there is no address indicating where it was produced, then it is a lie. However, the bottle may state the the oil was produced from olives that came from Italy. In that case it may or may not be true, and you have no way of knowing if it is true.

At this point you may be wondering whether food scams or food fraud happens elsewhere, indeed it does. America is not the only home to disreputable food vendors.

You can see for yourself the many foods that are affected by various methods to cheat the consumer by looking at the Food Scam or Food Fraud Database, for yourself.

Seriously, if you order champagne, you expect it's from Champagne, France, if the menu says Parmigiano Reggiano, you expect it is from Emilia Romagna, Italy but in restaurants and grocery stores that isn't necessarily the case.