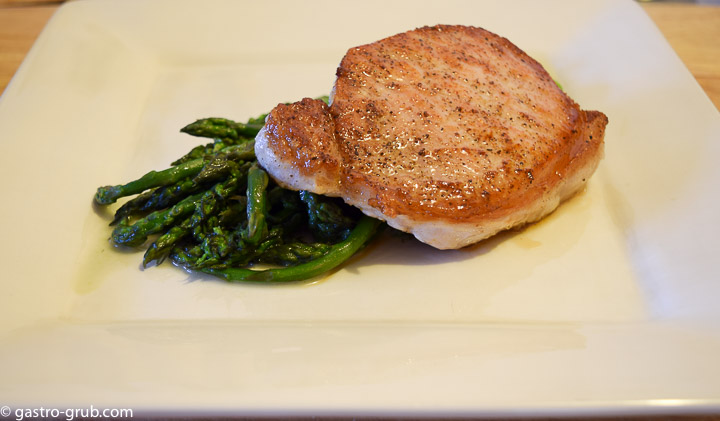 When chops are on sale, you can usually get them for around 3.00 dollars a pound for thin cut chops. I've never seen thick cut chop for that price.

Alternatively, you can buy pork loin and cut your own chops. You can usually find whole loins for around 1.79 a pound. Now you’re talking about paying a little over 7.00 dollars for those eight thick cut pork chops. Because there are only two of us I bought a half loin for 2.70 a pound, and in the past I've purchased half loins for as low as 1.97 a pound. That's 2.70 for two chops and 10.80 for eight chops, substantially cheaper than paying for thick cut chops. I saved 26.00 dollars. Does that motivate you to cut your own chops or what?

The other point I want to make is a continuation of the point I was making regarding brining. Again, while brining is my preferred method of preparing proteins sometimes you just want to make dinner, quickly and effortlessly. That’s what the “Cooking Salmon Perfectly” page, and this page is about, well, that and saving money. 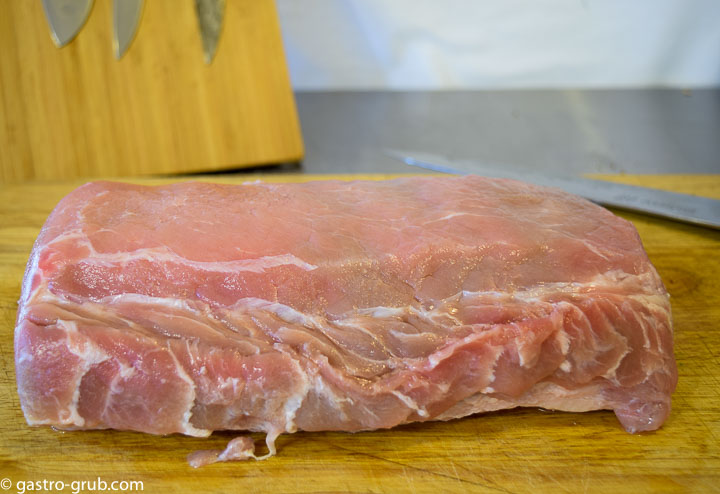 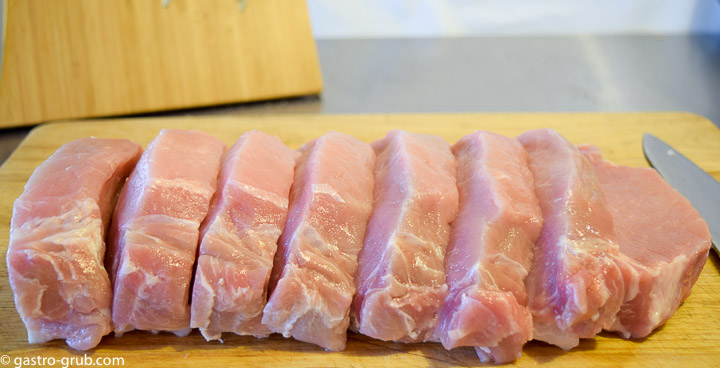 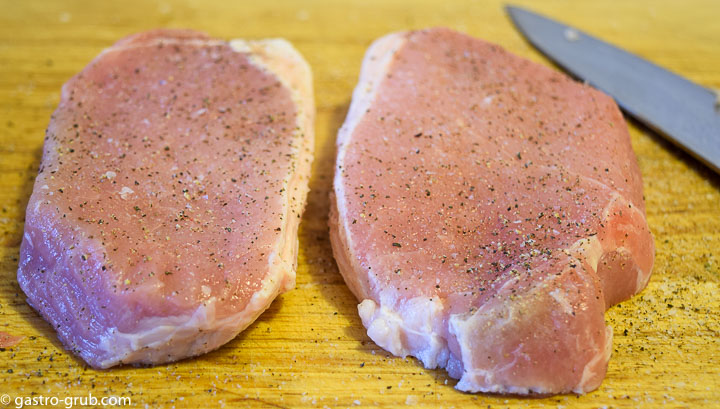 Season liberally with salt and pepper and sear in a hot pan. 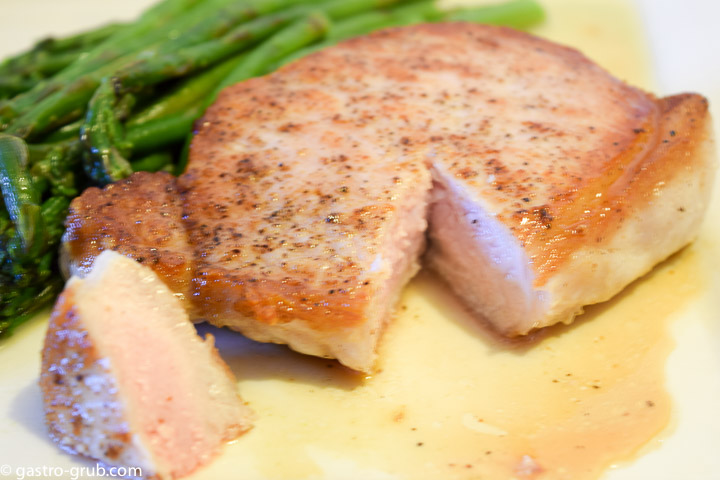 This is my wife's plate, she likes her chops medium.

The absolute best way to cut pork chops is to freeze the pork loin and cut them on a bandsaw, which is how professional meat cutters do it. Having said that for the home cook the best way to cut a loin into chops or steaks is to partially freeze the meat. Then, when you slice through it you get a nice even cut, which is how professional chefs do it.

To partially freeze the loin place it in the freezer for at least 30 minutes and up to one hour. Then remove the loin and slice it immediately. Separately wrap and freeze any unused portions.