There are two grades for yellowfin tuna, "sashimi" and "other". Thus, it is widely used in raw fish dishes, like sashimi, as well as often being served as seared rare ahi. It also works very well for grilling.

One of my favorite methods of preparation is sesame crusted seared rare ahi tuna, with wasabi mashed potatoes. It is just a great dish. Not only does it taste great but the tuna takes 10 minutes. You gotta love that! 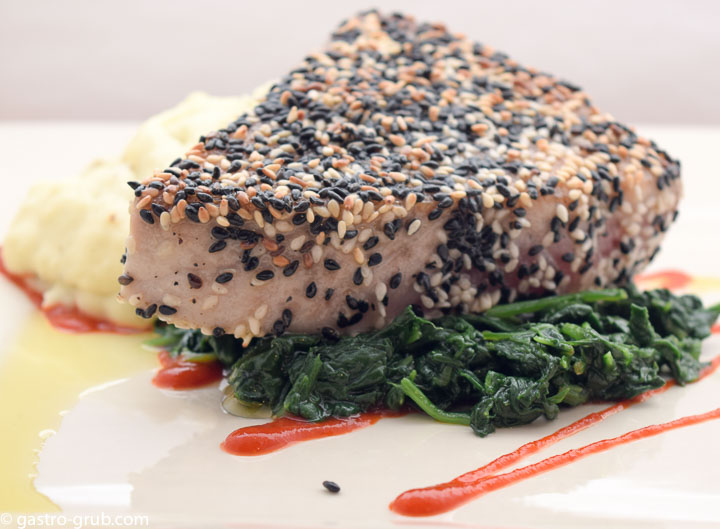 Season the tuna with kosher salt and cracked pepper. Mix the sesame seeds together on a flat plate. 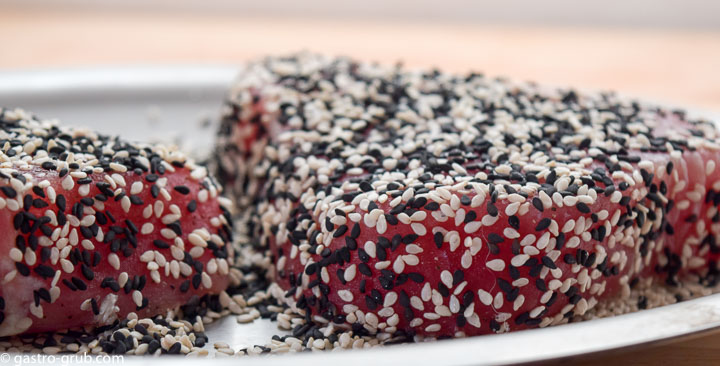 Dredge the tuna steaks in the sesame seeds and sear over high heat for 1 to 2 minutes per side. 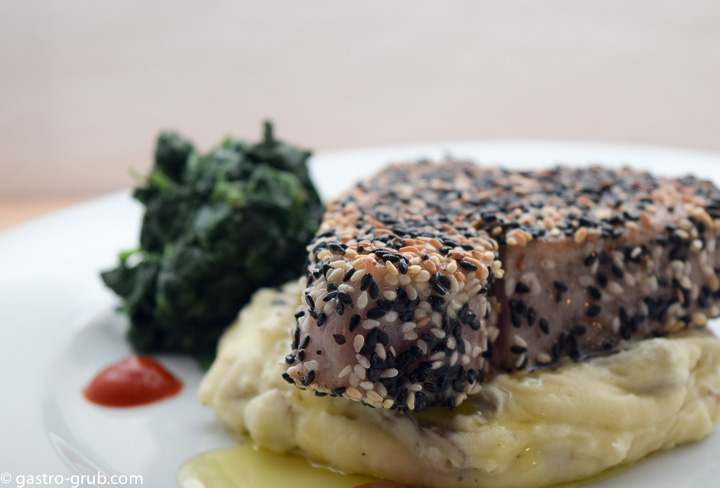 Sesame crusted ahi with wasabi mashed potatoes and sautéed spinach. Finish the plates with a drizzle of olive oil, a little siracha, and a few drops of sesame oil.