Churros share their preparation with cream puffs, eclairs, profiteroles and gougeres. They all belong to a type of dough called pate a choux or just choux for short. One of the nice things about choux is that once you master the dough for one you have the know-how to make all of them. 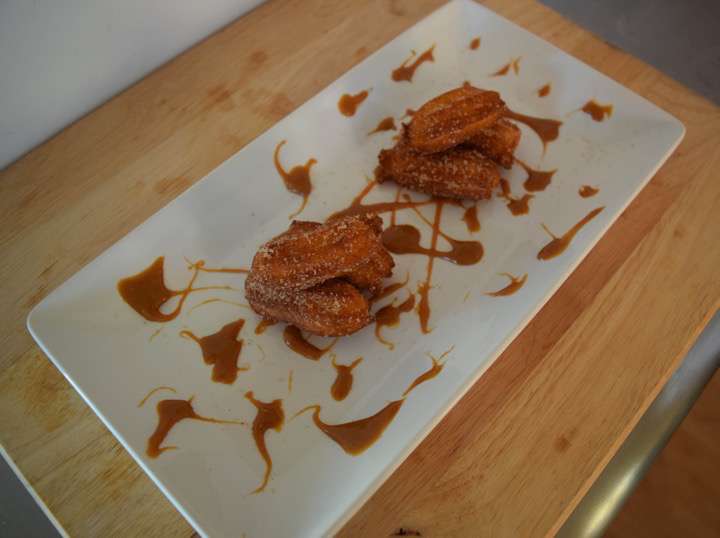 Whatever their size, shape or flavor - savory or sweet - choux puffs are a delight to eat and seem to be high on everyone's list of favorite desserts. My personal favorite choux pastry has always been eclairs, though churros run a close second. 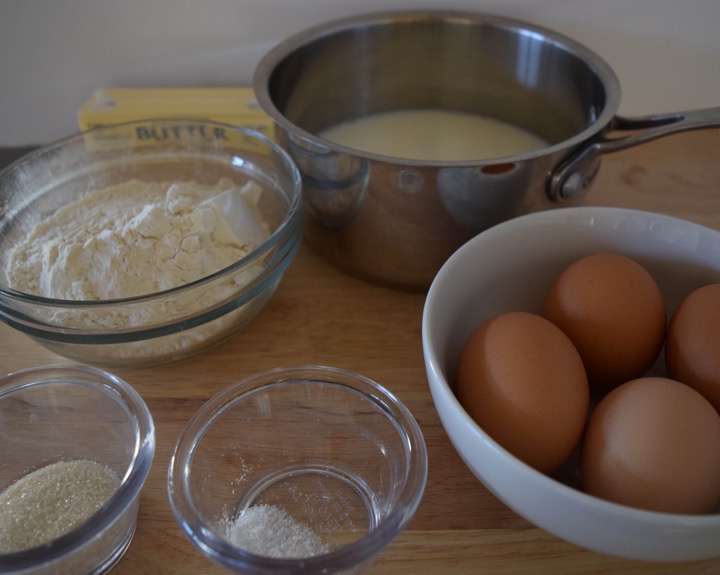 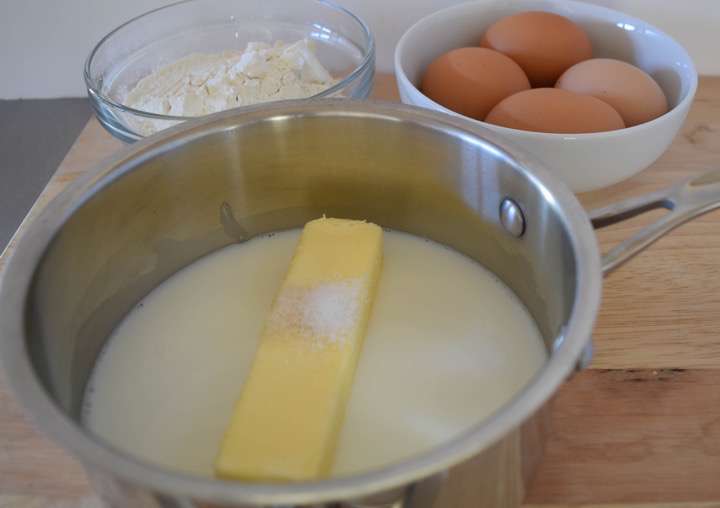 Combine the water, milk, butter, sugar, and salt in a 2-quart saucepan. 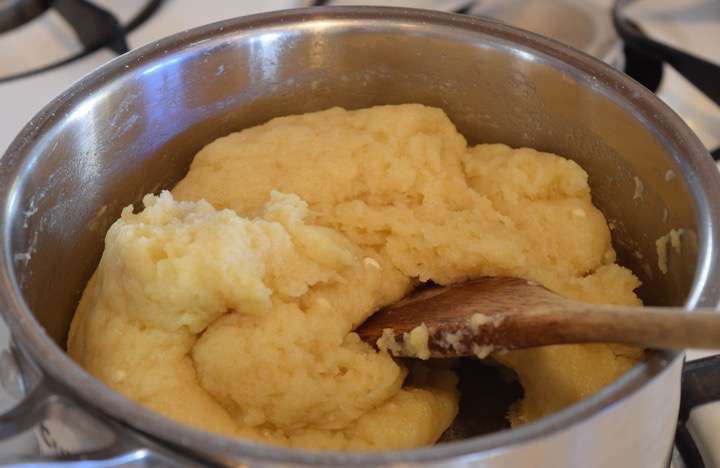 When the water milk mixture comes to a boil dump all the flour in at once. Immediately stir rapidly until the dough pulls away from the sides of the pot and forms into a ball. 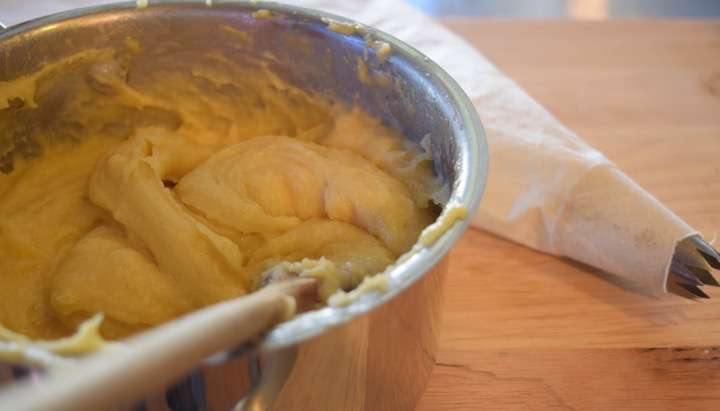 Remove from heat and add the eggs one at a time stirring to incorporate each egg completely before adding the next one. 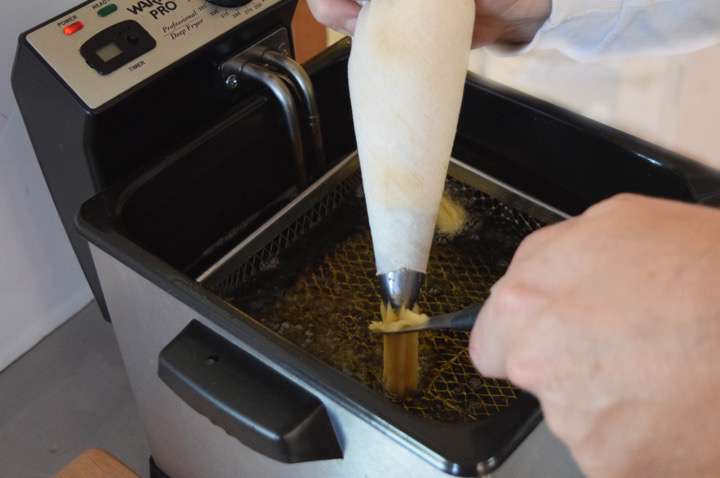 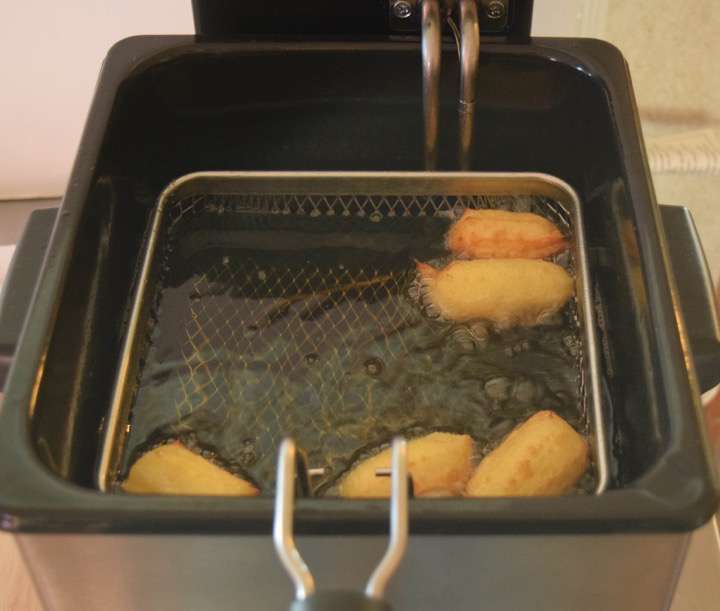 Fry approximately 2-minutes per side. Remove the churros and toss in cinnamon sugar.

Arrange on a plate and serve with dulce de leche. (See Recipe)

How To Make Churros