Pumpkin is native to the continent of North America. The pumpkin was an early export to France; from there it was introduced to Tudor England, and the flesh of the "pompion" was quickly accepted as pie filler. Pumpkin "pies" made by early American colonists were more likely to be a savory soup made and served in a pumpkin rather than a sweet custard in a crust.

It was not until the early nineteenth century that the recipes appeared in American cookbooks or pumpkin pie became a common addition to the Thanksgiving dinner.

My inspiration for this recipe came from my mom. Her recipe for pumpkin pie uses "Jell-o" brand vanilla pudding and pie filling, and she always called it custard pumpkin pie. There really isn't anything wrong with her recipe and it tastes great, but it's not technically a true custard. It's more of a marriage between a custard and a pudding, and instant at that. So, I developed this recipe by combining creme brûlée and pumpkin pie, hence, custard pumpkin pie. 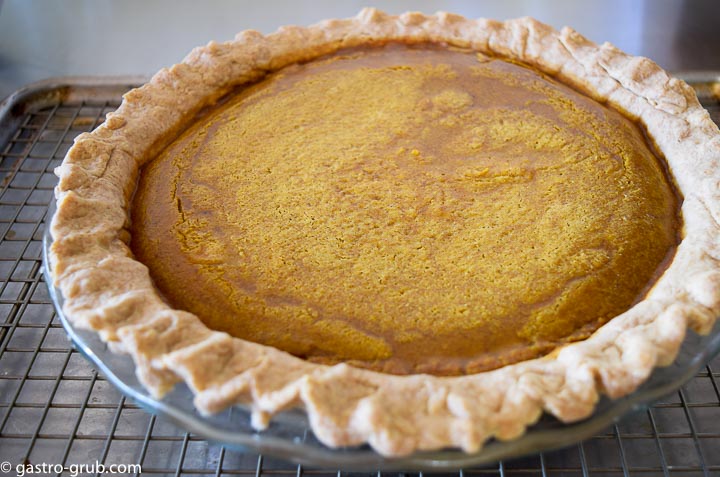 In terms of cooking from scratch there are a few exceptions that I make, the first being San Marzano tomatoes in a can. One of the other exceptions I make is pumpkin for pumpkin pies. I buy organic solid pack pumpkin in a can. It’s an excellent product, but mostly because stores have stopped carrying the variety of pumpkin to make pumpkin pie. Even if you find it it’s not likely to be organic. 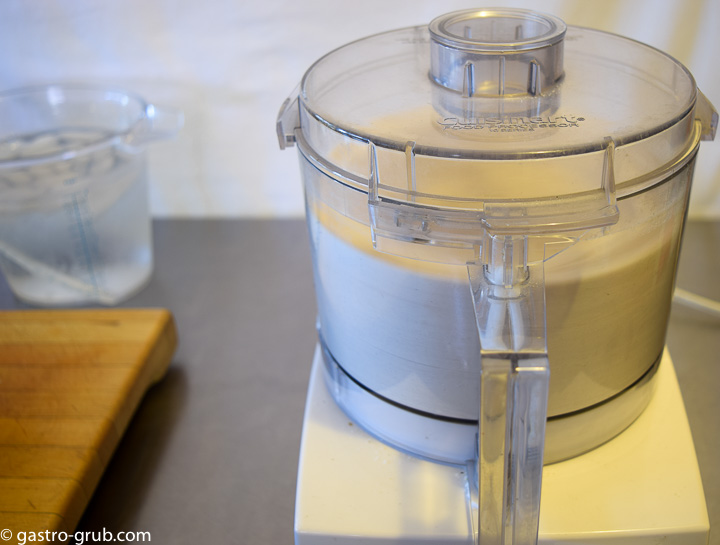 Combine the flour, sugar, and salt in the bowl of a food processor. Pulse several times to thoroughly mix the ingredients and sift the flour. 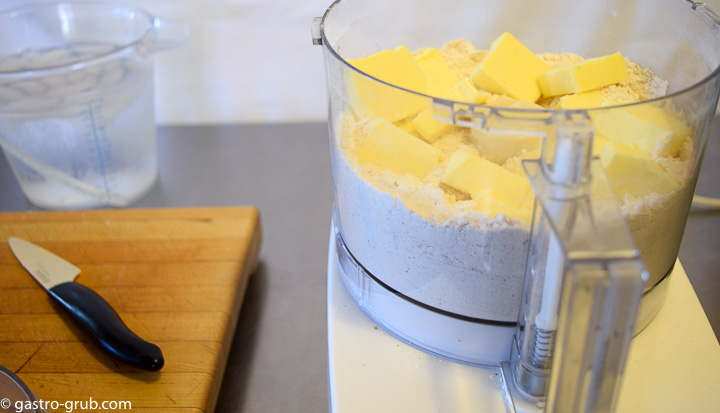 Add the butter to the flour mixture and pulse off and on until you get a pea sized crumb. 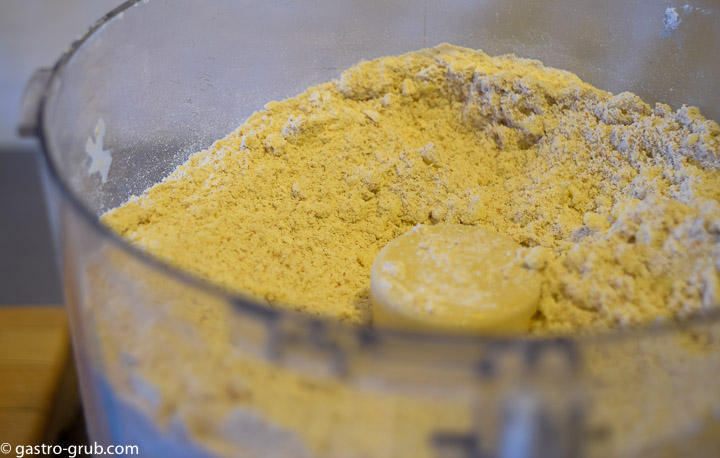 This is the texture you're after. 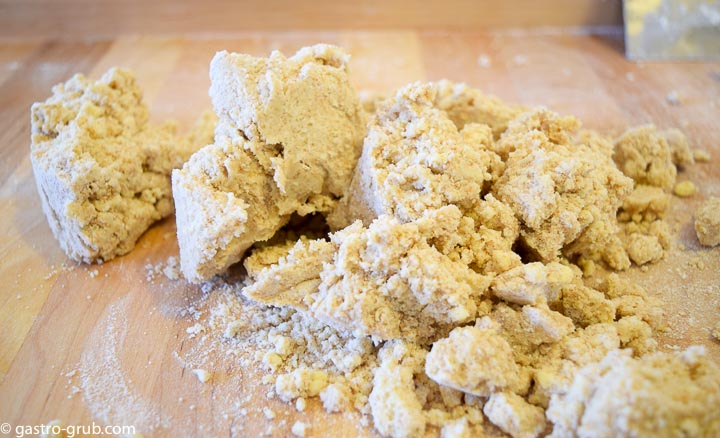 Add the water and mix until it just comes together. Then transfer the dough to a lightly floured work surface. 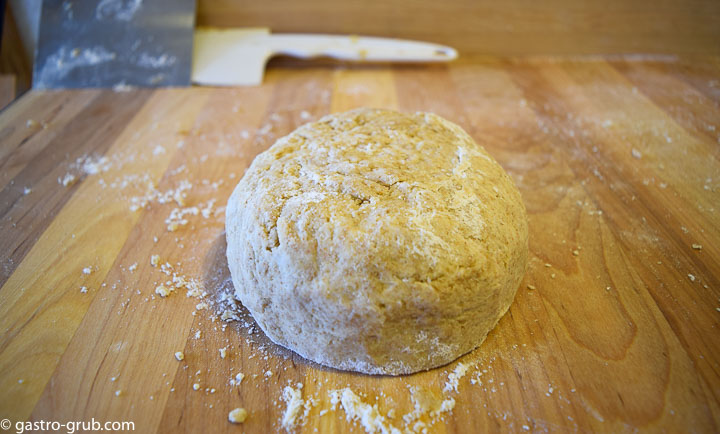 Gently form the dough into a disc, without overworking it. 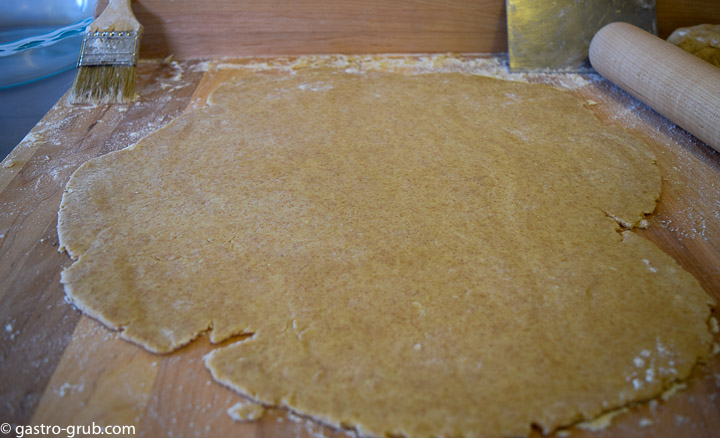 Once the dough has rested roll it out into a "circle", to about an eighth inch thick. 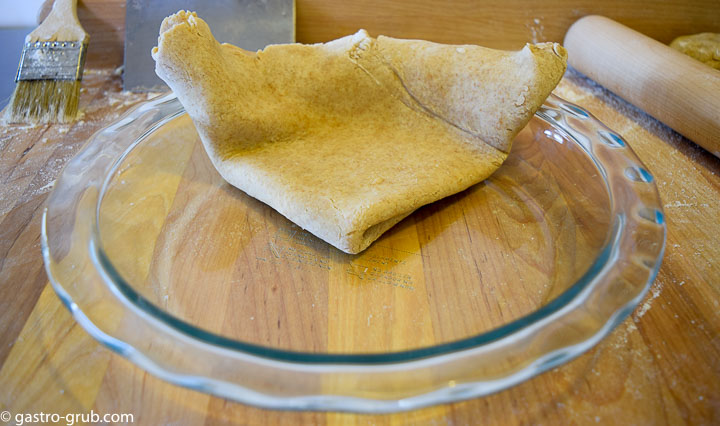 Fold the dough in half and half again so that you have a quarter circle resembling the one above. 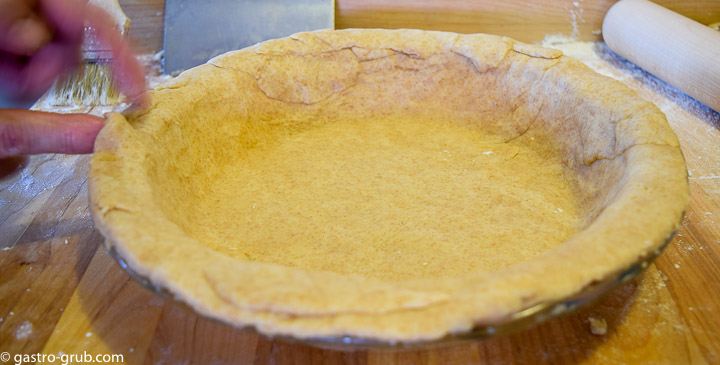 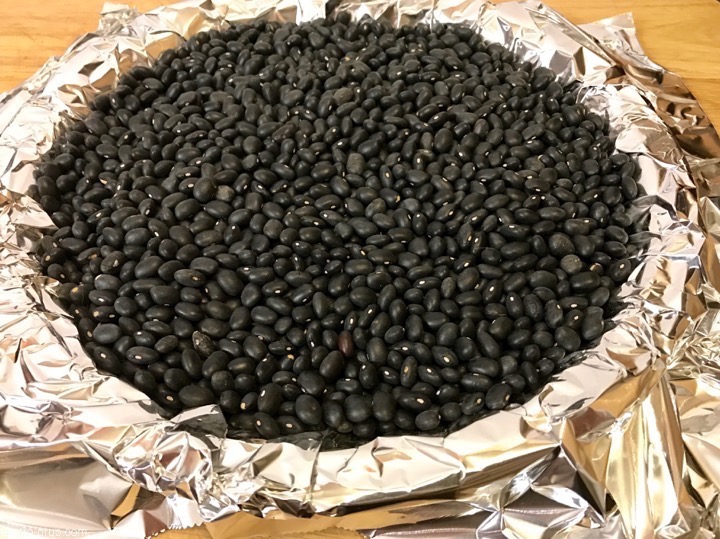 Line the dough with foil and add weights or dry beans to the foil. Gently spred the beans out to the edge. 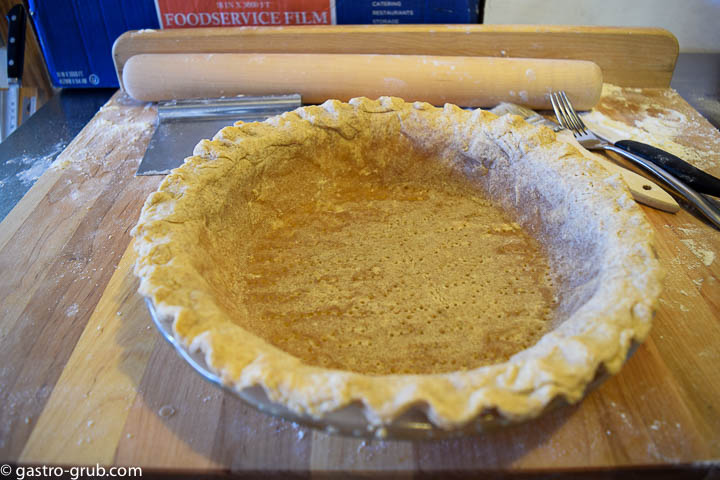 Bake the crust in a 350º F, oven for 20 minutes. Remove the foil and weights/beans by carefully picking up the four corners. Prick the bottom of the crust and continue baking another 15 to 20 minutes. 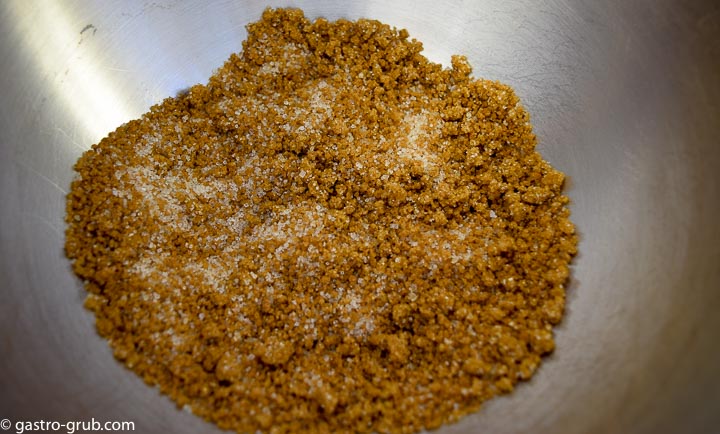 Combine the sugars and spices in the bowl of a stand mixer. 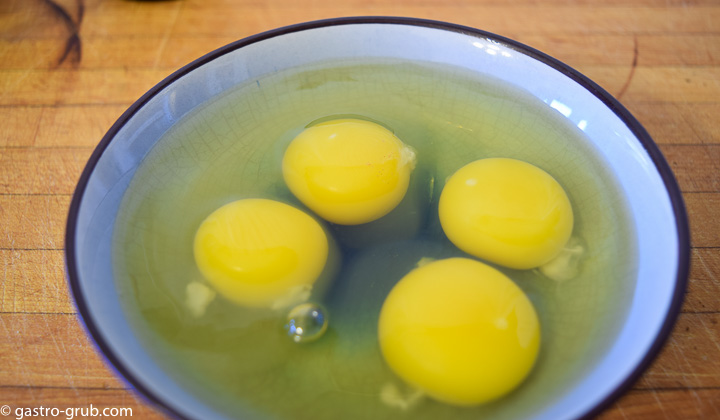 Add the eggs to the sugar mixture and mix on low until the sugar has dissolved. 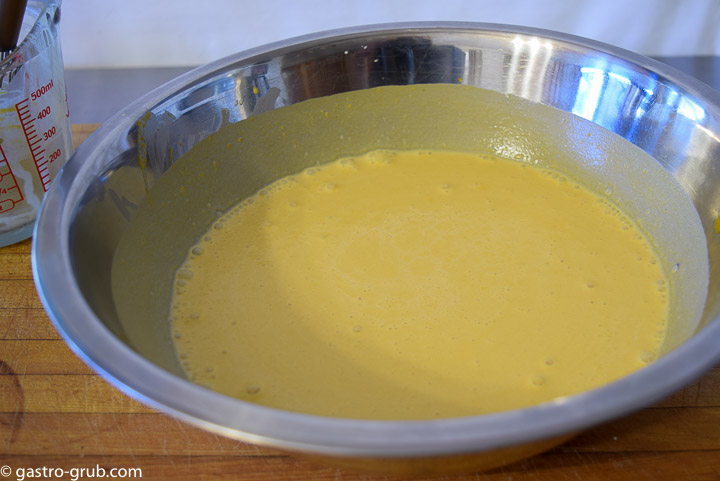 Combine the cream, pumpkin, and vanilla in a bowl and whisk to thoroughly combine.

Add the pumpkin mixture to the egg mixture. 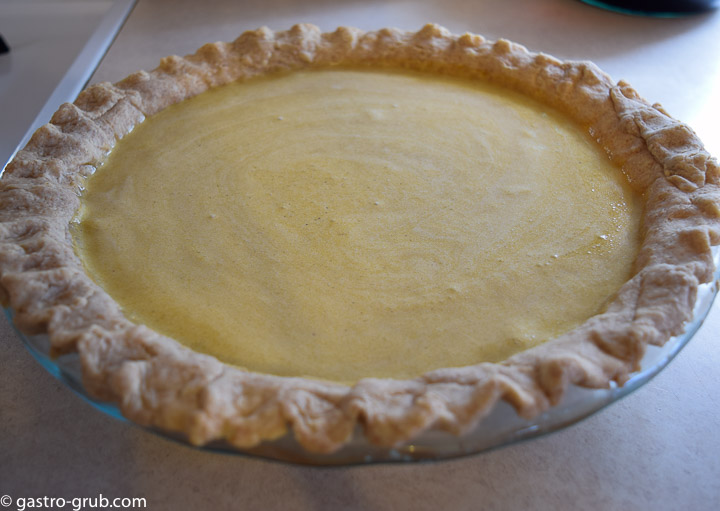 Pour the filling into the pre-baked crust and bake in a cool oven until the center is set.