Is there any comfort food more comforting than a pan fried pork chop? My dad used to say, "If there's anything better tasting than pork, the Good Lord kept it for himself." I think he hit it on the head. There isn't much better than a perfectly fried pork chop. So moist, tender and juicy, there's a whole lot of delicious going on there. 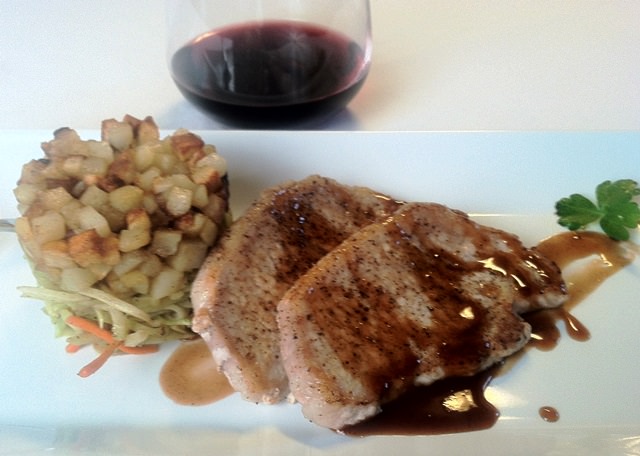 To brine or not to brine? That is the question. Brining pork will give you a pork chop that is moist, tender, and delicious. But, the trade-off is that you can't just whip up a brined and ready to sear chop in 20 minutes, it takes planning. These are really easy pork chop recipes, and apart from brining in the first recipe, they come together in minutes.

When I brine I start a day in advance. I brine the chops overnight. The day of, I remove them from the brine and give them a rinse. Then I pat them dry and rest them on a rack in the refrigerator. An hour before I start cooking I remove the chops and let them come to room temperature.

I usually do this with all the pork that I cook using dry heat cooking methods. This consistently produces  juicy tender pork.

Even brining for as short as an hour helps to retain moisture. While the brine doesn't penetrate very far into the chop, in that time, it does penetrate into the surface of the meat. Since this is the part of the meat that is exposed to direct, high heat, there will be less moisture loss than if you don't brine at all.

If you don't want to brine your chops You can still make a nice chop. While I usually brine my chops there have been times when we wanted prok chops and it was way too late to brine them. In those instances the two critical factors are making certain you let the chops come to room temperature before you cook them and not overcooking the chops. You shouldn't overcook whether or not you brine, but overcooking becomes even more obvious if you don't brine.

Since moisture loss is proportional to temperature and cooking times. The higher the temperature you cook at, and the longer you cook them, the drier they are going to become. By allowing them to come to room temperature before you put them on the heat, they will reach a safe internal temperature faster, and will spend less time over the heat. 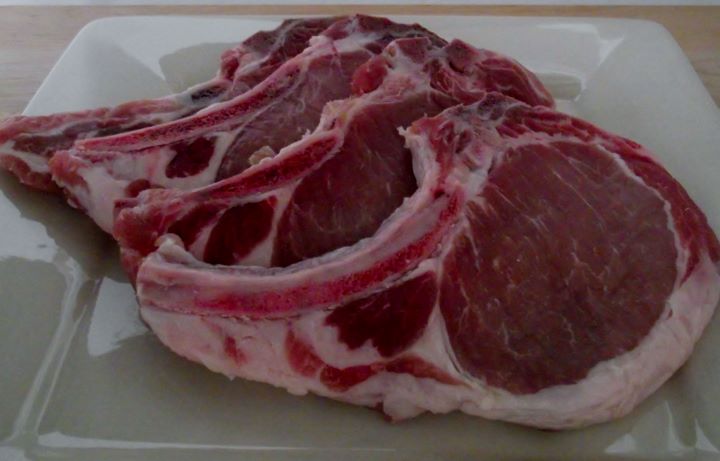 The chops have been brined and rested at room temperature for 30 minutes.

For The Seared Pork Chops 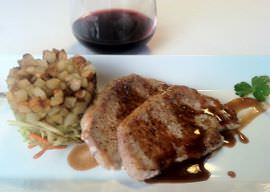 For The Pan Reduction Sauce

Apart from those two point this is an extremely easy pork chop recipe, that shouldn't take more than 10 minutes to pull together. 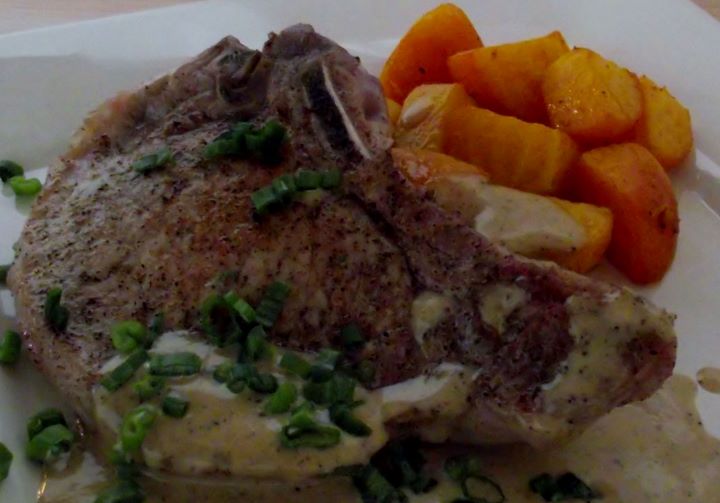 Fried Pork Chops with a Pan Sauce and Golden Beets

For The Fried Pork Chops 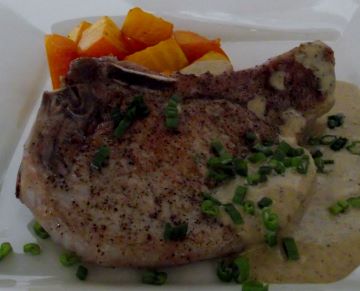 For The Pan Sauce