You are here: Home > Food And Cooking

To make it as a chef, you need to be irrationally in love with food and cooking. Not, "I'm kinda into this scene, I dig the rock and roll lifestyle." Not, "This is great for now, but I'm really an actor." Certainly not, "I think this is what I want." The world of professional cooking is an unforgiving taskmaster and becoming a chef is an all or nothing proposition.

So what makes someone who has spent years and years learning their way around professional kitchens and building a resume, who knows full well what they've gotten themselves into, up and quit?

There are, of course, all of the obvious answers, the hours, the stress, the headaches, the problems, no home life, the list is practically endless. While those reasons are a part of why I left, they don't tell the whole story.

It's All About Food And Cooking 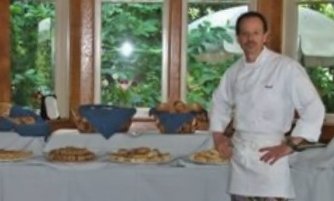 To explain why I decided it was time to leave you need to understand how I started. I have cooked professionally since I was in high school, but I always tell people my first real restaurant job was when I went to work for Slocum House in Sacramento, CA. I say that because that was the job I landed after I made the decision to become a chef. The places before Slocum House were professional kitchens in the sense that I was paid to cook but they weren't upscale restaurants by any measure. Most were diners and although many cooks have come from that world it is a difficult transition to move to fine dining. Mostly, because you have to spend about six months un-learning all of the bad habits you develop, working in those kitchens. Then you get to focus on learning how to cook properly. Which was how it went for me at Slocum House.

However, the four years I spent at Slocum House was an amazing time for me. I learned more about food and cooking, in that time, than I had in my entire life up to that time. It wasn't just that, though. We had fun, I mean real honest to goodness fun. The kitchen staff was a tight knit group and we all knew each other well. We would laugh and joke all the time and generally we had a lot of fun. At the same time there was strict discipline but the overall feeling was a desire to produce really great food and enjoy ourselves while we were doing it. We had a lot of pride in the food that went out and for good reason, we were the top rated restaurant at that time in the Sacramento region. Our chef, Jim LaPerrier, was one of the best chefs I have ever worked for. He taught us well and expected excellent results, and he did so while maintaining a positive friendly demeanor.

Slocum house was my first stop on the way to becoming a chef. Many of the other places I worked were not fun places. They were kitchens with strict discipline where the teachers were humiliation, denigration, and disrespect. I have always believed that those things make very poor teachers and I vowed not to repeat the same in my kitchens.

This is particularly true in Michelin kitchens. While they are awesome in their commitment to perfection, they fail miserably on the fun factor. If you talk to Michelin chefs and cooks they will tell you I have it wrong. They're not supposed to be about fun. They're about turning out perfection and you can't do that without the yelling, screaming, and the humiliation factor. To that, all I can say is, It's a load of crap, big enough to fertilize the Mojave.

It truly is an amazing experience to cook at the Michelin level. The commitment and discipline required to execute at the Michelin level is like nothing you can imagine. But that doesn't mean that you can't or shouldn't enjoy yourself while you're doing it. I know because we did it at Slocum House.

Eventually I became a chef and my kitchens weren't much fun either. At first I tried to create a positive environment but overtime you see people taking shortcuts or not following directions or just not caring and it wears on you. Before you know it you are stressed out, you're yelling at people all the time, and the worst part is you become that person you never wanted to be.

Why I Left The Professional Kitchen Behind

My last position as an executive chef was in upstate New York. When I took over they were serving diner food at fine dining prices. The place was meant to be a fine dining restaurant. The challenge was that it was a live music venue, as well. Let me just say this, that doesn't work. You can't have two competing points of focus. The owner was all about the music and I was all about the food. Since he owned it and I worked for him the music always won.

One of the biggest problems were the reservations. We opened at 5:30, so naturally we would book every 15 minutes through the night with the last reservations at 10:30. The band would start playing every night  at 8:00. Invariably the majority of the reservations between 5:30 and 7:30 would show up at 7:45, put their order in and completely slam the kitchen, grinding it to a halt. The staff consisted of one dishwasher, two cooks, one prep cook, and myself. Even though I knew this was going to happen I couldn't staff up for it. Another problem was that staff in the front of the house was paying attention to the music and not the customers. It was fraught with problems because of the live music. I would never work in that kind of environment again. After I left they went back to turning out diner food at fine dining prices.

After that experience I was fed up with restaurants. I had enough of staff that didn't give a damn or have any passion, tired of staff taking shortcuts and thinking it's OK, fed up with owners looking to save a nickel by trying to force me into a twofer - as both executive chef and line cook.

Do I miss it? Sure I do. I miss the frantic pace, I miss the gratification that comes with seeing those beautiful plates go out of the kitchen. I miss having customers call me out to the dining room and when I get to the table, I receive a standing ovation. I miss the the frantic pace and camaraderie of the kitchen, I miss all of that and more. But I don't miss it so much that I am willing to go back and be that ass that I can't stand to be around.

Will I ever go back? I've certainly thought about it but I don't know, the jury is still out on that one, though I do still love food and cooking. If I do, it will be in a restaurant that I own. It will have an open kitchen in a very small venue that serves a tasting menu featuring refined comfort food, and nothing else. It would be a one seating demonstration kitchen that serves 10 to 15 people. In other words, it will be a venue I can execute by myself.