Sausage is typically made from ground meat and while any meat can be used it is typically made from pork, veal, beef and lamb. Traditionally, sausage making was the result of efficient butchery. The leftover pieces or scraps along with the fat, blood, and offal were seasoned and stuffed into casings to be cooked or cured.

As far as breakfast sausage recipes go homemade breakfast sausage is a great place to start because it lends itself well to not stuffing in casing. Although you certainly can if you prefer, but you don't need to. 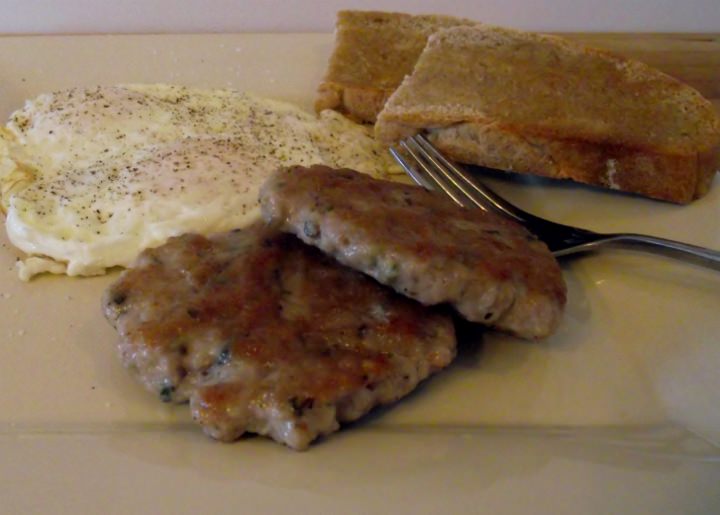 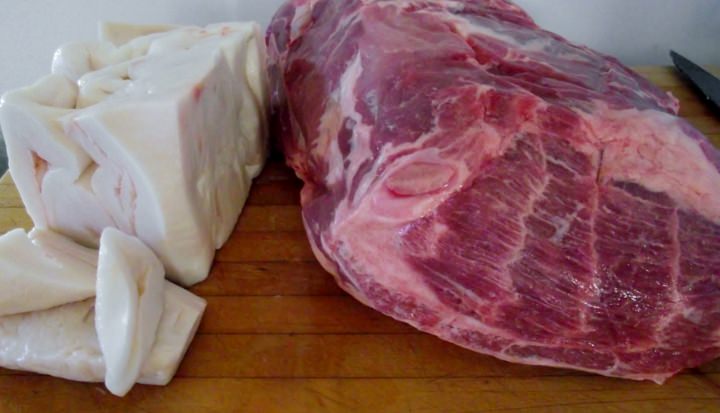 The pork fat and pork butt. The pork butt is from the shoulder and is available bone-in or boneless. It is best cooked using a moist heat method, such as braising or stewing, but they can also be smoked or ground. 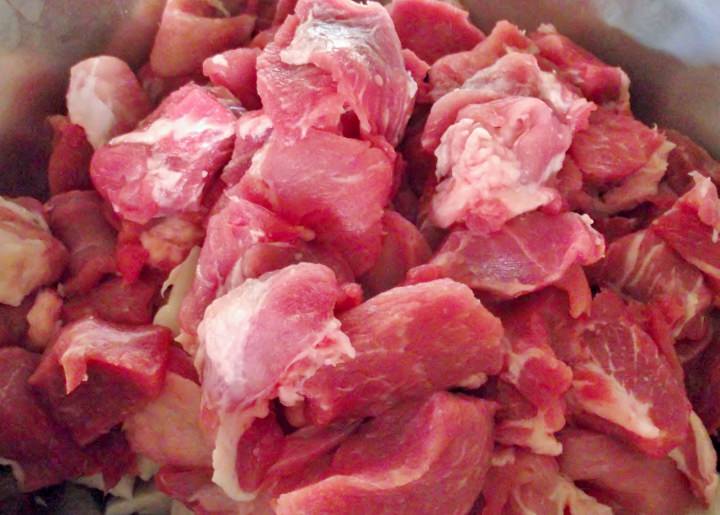 The meat and fat are cut into small chunks for the grinder. 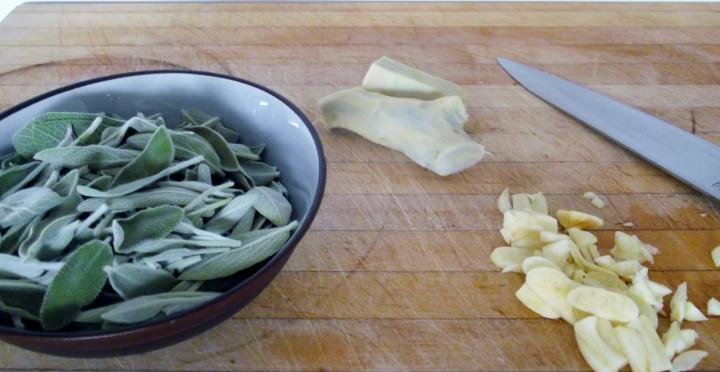 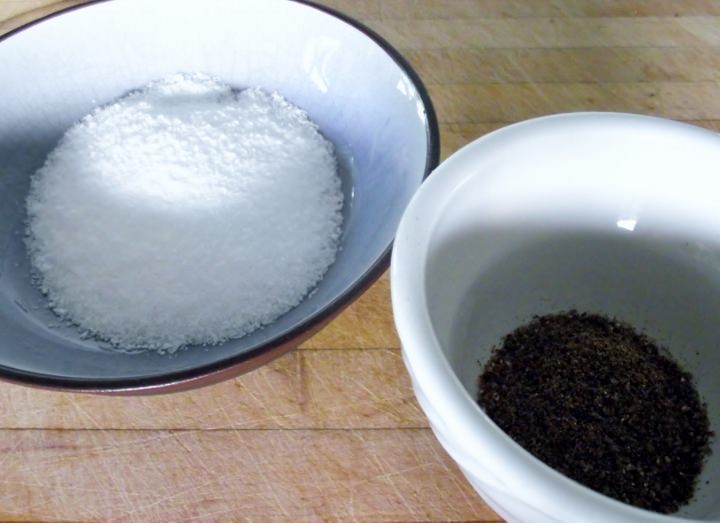 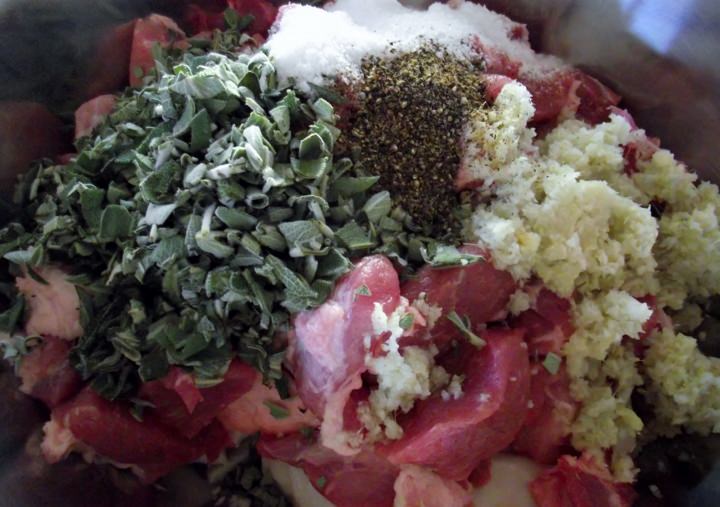 Combine the pork butt, pork fat, salt, pepper, and sage in a large mixing bowl. Set aside. Rough chop the ginger and garlic and process in your blender bowl, along with 125 grams of ice and 125 grams of water. Set a fine mesh strainer over a bowl and pour the puree through the strainer. Add the contents of the strainer to the meat mixture. 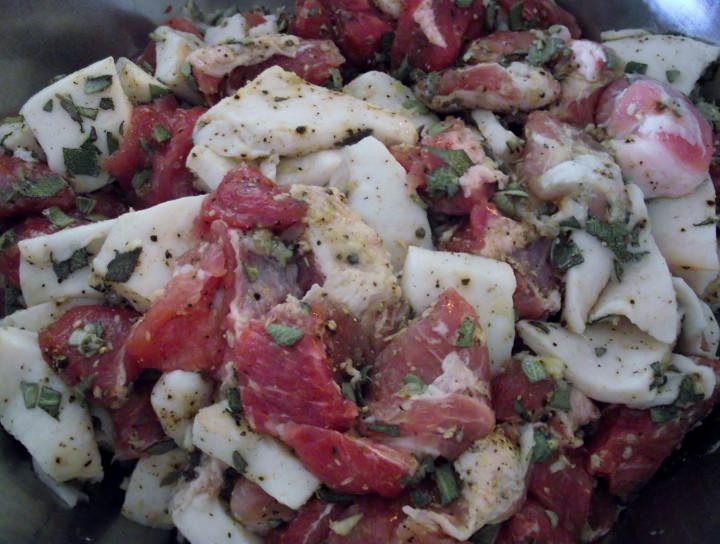 Mix well to combine and rest the mixture in the refrigerator until you are ready to grind the sausage. 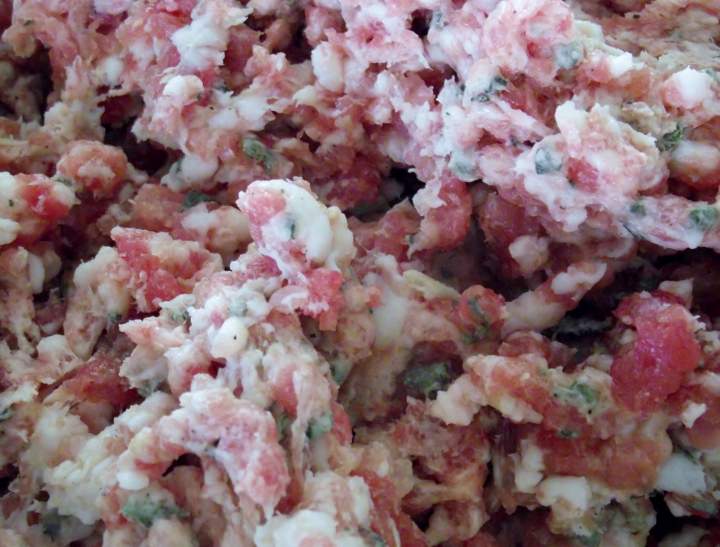 Grind the mixture through the small die of the grinder, into the mixer bowl set in the ice. 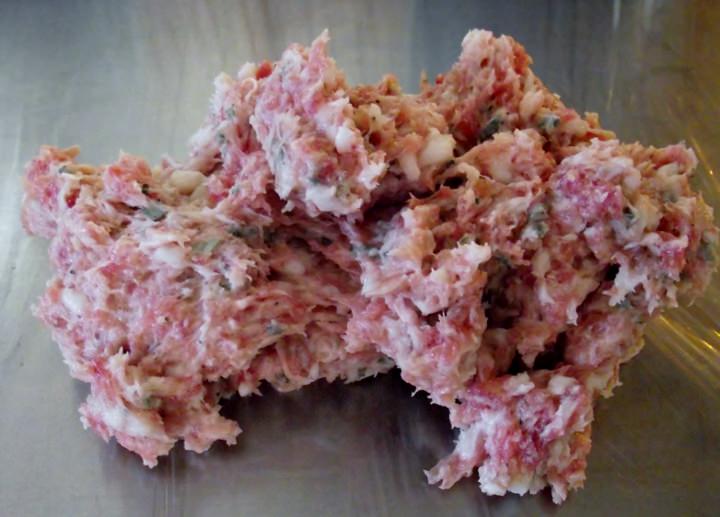 Wrap your sausage into logs, if you are not going to stuff them into casings. Add about a pound of sausage to a length of film. 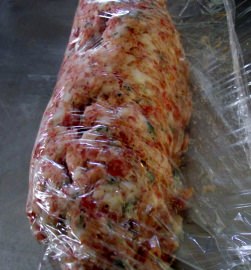 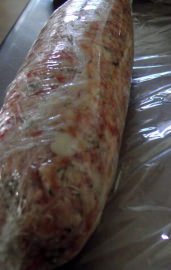 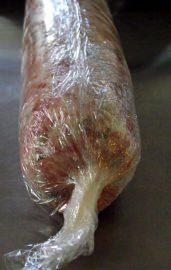 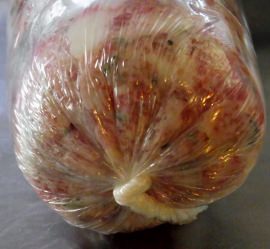 Fold the end of the film over the sausage and shape into a log, (Fig 1). As you roll the sausage pull the film tight to force it to compact, somewhat, (Fig 2). While pinching and holding the twisted ends roll the log until it is tight and firm, (Fig 3). Tuck the rolled ends under the log and wrap with a second layer of film to hold the log in shape, (Fig 4). 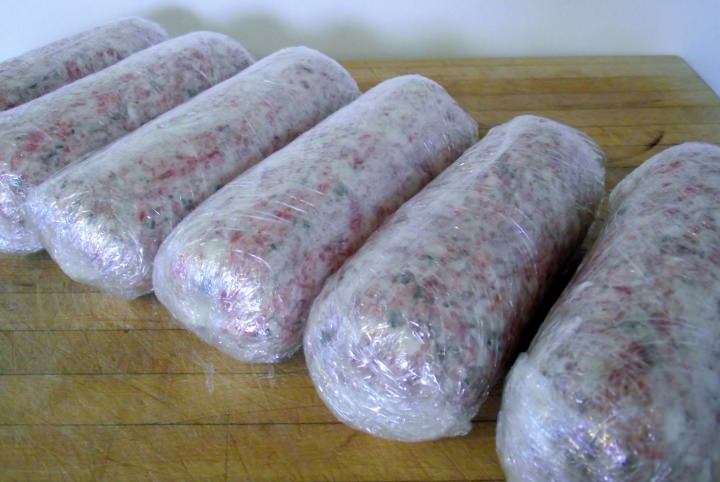 When you are finished rolling the pork breakfast sausage into logs you should have something that looks like this.

This is an awesome homemade breakfast sausage that tastes far better than anything you can buy in a grocery store.