How To Butcher A Chicken

You are here: Home > Grass Fed Meat > How To Butcher A Chicken

Butchery is what we call it in the industry. Breaking down birds, fish, or primal cuts of beef, pork or lamb. Butchery is one of the core skills of french cooking techniques. 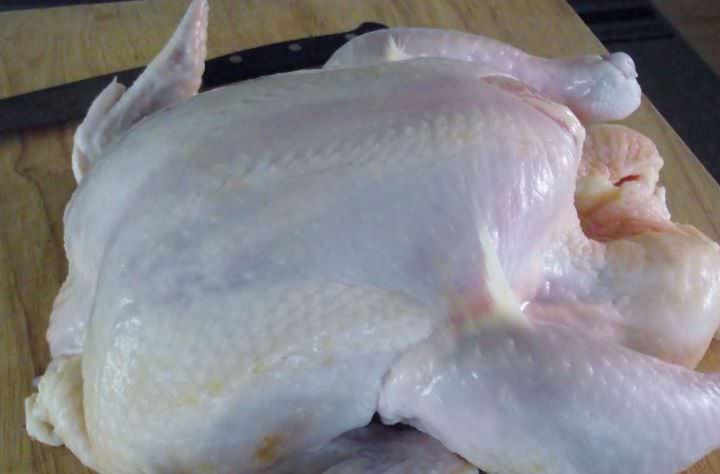 Why should you breakdown chickens when you can buy them completely broken down in the store? Well, for one reason it's usually cheaper to buy whole chickens  and break them down yourself, someone has to pay for the store's labor and that someone is you. In addition buying a whole chicken gives you all the parts of the chicken. Those inedible parts can be used to make chicken stock. When you buy chicken already broken down it doesn't usually include the back, neck, and giblets.

As with anything, the more you do it the faster and easier it becomes. The first time I butchered a chicken it took me about 20 minutes. After a month of breaking down between 5 and 10 birds a day it took me about a minute to butcher a chicken. The point is, you will get faster, but if you've never done it before go slow so that you develop an understanding of the way a bird comes apart. Not just that, you are less likely to cut yourself by going slower in the beginning.

A last point, and I can't stress this enough, use a seriously sharp knife. When my chef was teaching me how to butcher a chicken he must have said, "make sure your knife is sharp" at least 50 times. 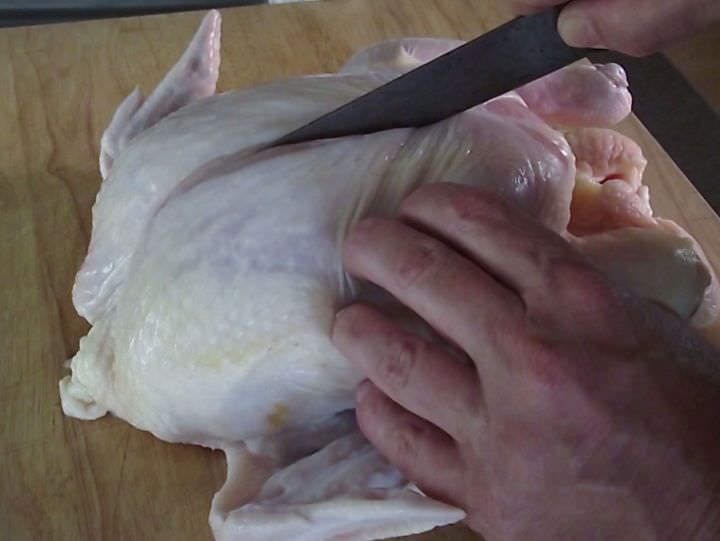 Start by slicing through the breast, along the breast bone. In butchery small cuts are better.

Make a slice through the breast, then using the tip of the blade make small slices along the line of the first slice, going a little deeper each time. By doing it this way the line of the bone will guide your knife in the correct position. 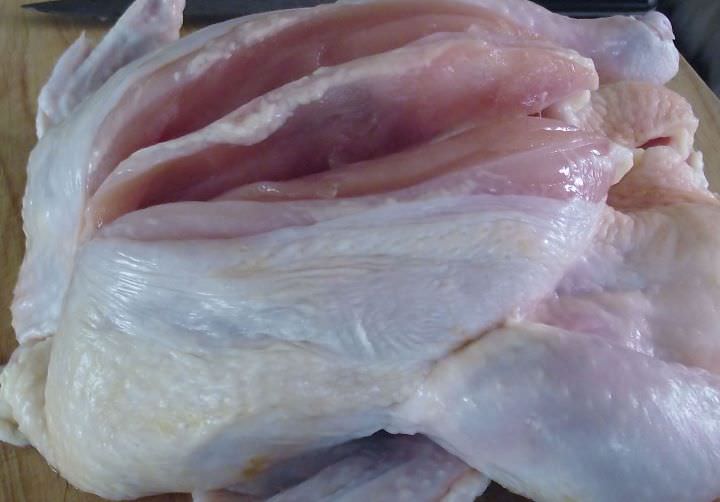 Here I've made the 2 primal cuts just down to where the breast bone meets the rib cage, using the line of the bone to guide my knife. 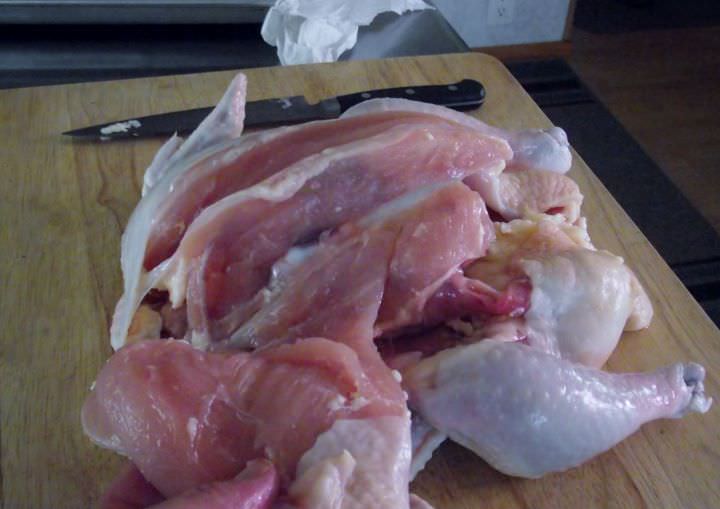 Cut along the line of the wishbone and along the ribcage. From here you just slice through to remove the breast and wing. 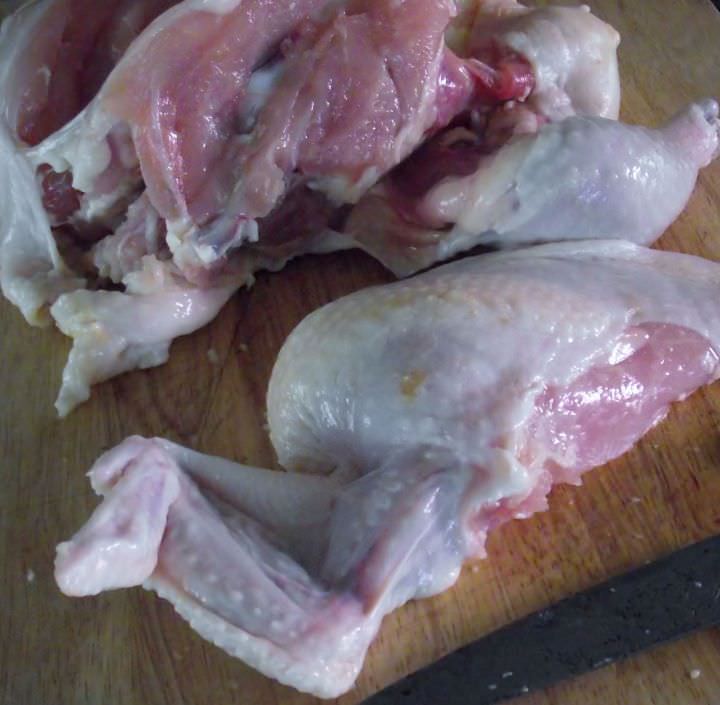 To remove the wing just slice along the top of the wing joint where it connects to the breast. 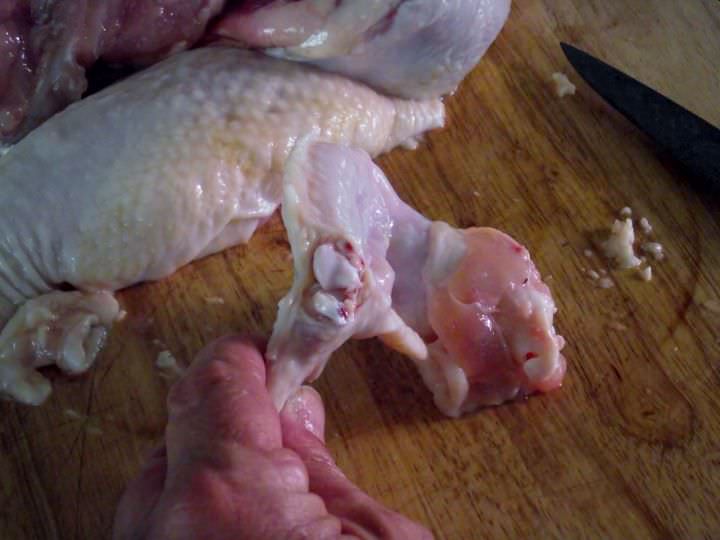 Once the wing is removed from the breast you can remove the wing tip. This is certainly optional, some prefer to leave the wing tip attached. I don't because you get virtually nothing from it, so I remove the tips and use them in stock. 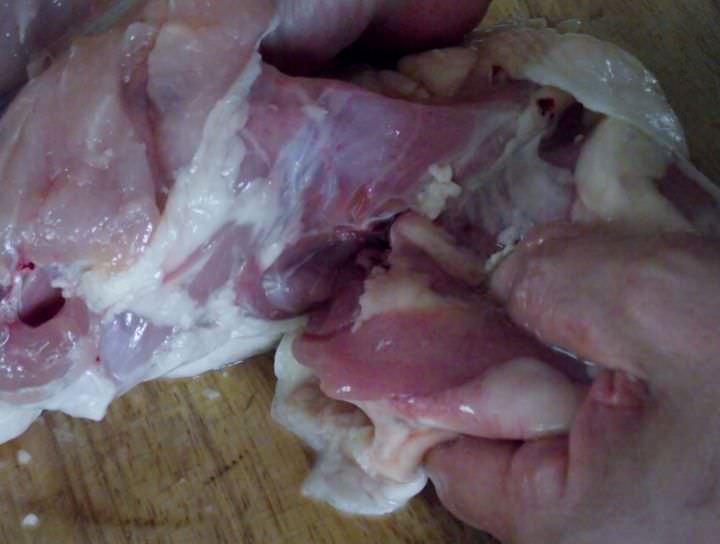 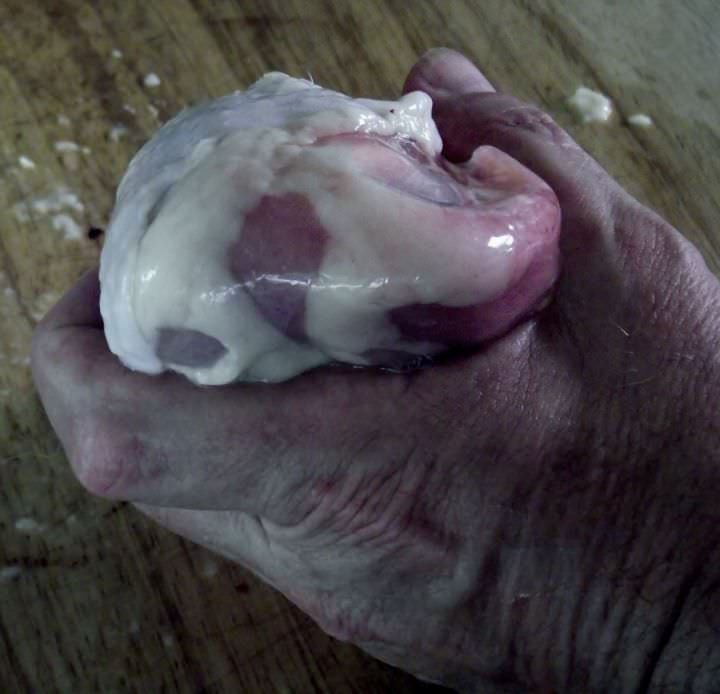 To separate the thigh from the leg Squeeze the leg and thigh together like I am doing. There will be an indentation above the joint that you can feel with your fingertip. Cut through the meat exposing the joint. Make a cut through the meat and joint dislodging the socket and slicing through the remaining meat. 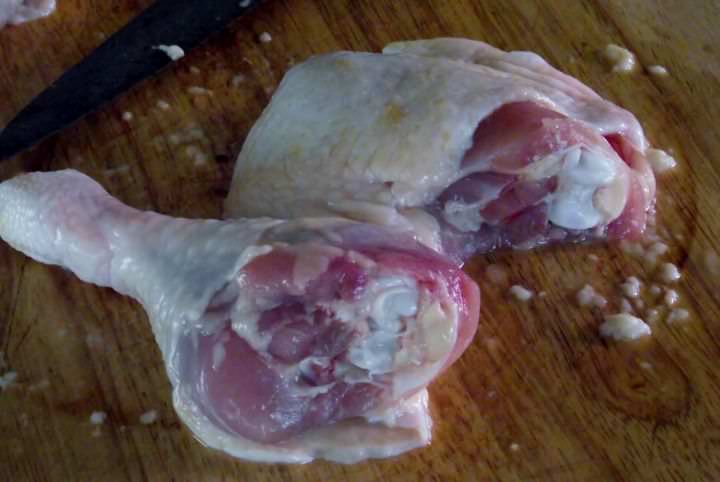 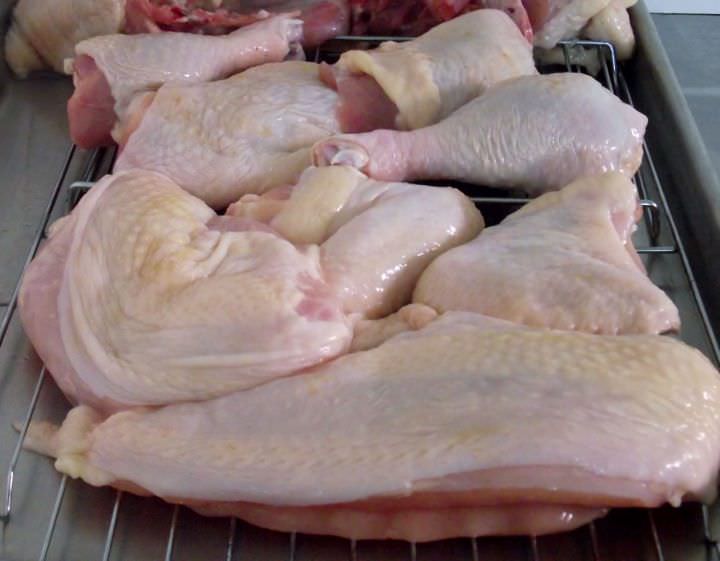 When you finish you should have something resembling the above picture.

Tags: how to butcher a chicken