The first time I made marinara, authentic Italian marinara sauce at any rate, was right after I finished culinary school. I was working in the restaurant in Italy. One day the chef asked me to make marinara for family meal.

I minced up a garlic clove and a little onion and threw them in a pot with some olive oil. I caramelized the onion and garlic to a nice golden hue. The chef's wife walked by and looked in the pot and said, "That's burned." I said it's not burned it's caramelized. Then she asked what it was for and I said, It's for the marinara. She looked at me and said, "This is Italy, not America, when you make marinara it has tomatoes, basil, salt, and olive oil and that's it. Then she went on to say, Once in awhile if the tomatoes are a little bit acidic you can put a pinch of sugar. 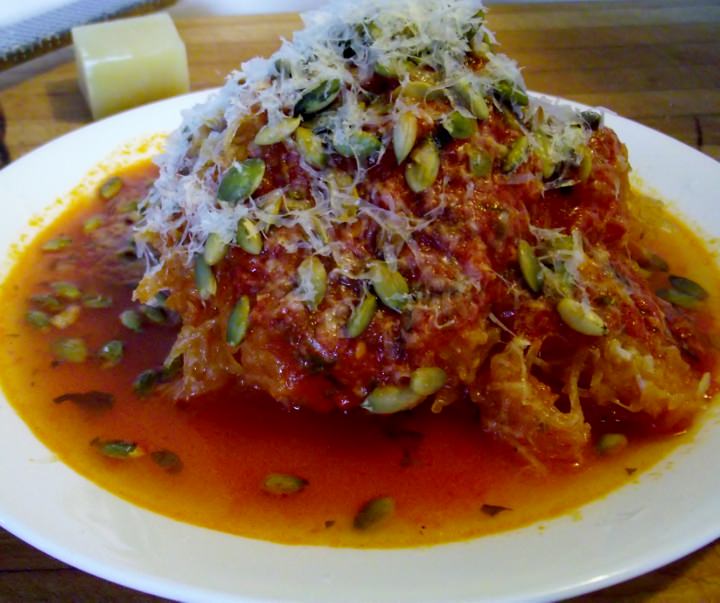 About cans! While I am a huge advocate of cooking everything from scratch there are a few exceptions that I make, San Marzano tomatoes being one. There just isn't a better tasting tomato with the perfect balance of acidity, sweetness and tang like San Marzanos.

Point in fact, when I lived in Italy every restaurant as well as everyone's house I visited all used San Marzano tomatoes out of the can. The only exception was when the San Marzanos were in season.  By the way the recipe below for the marinara is the same recipe we used in the restaurants I worked in, in Italy. 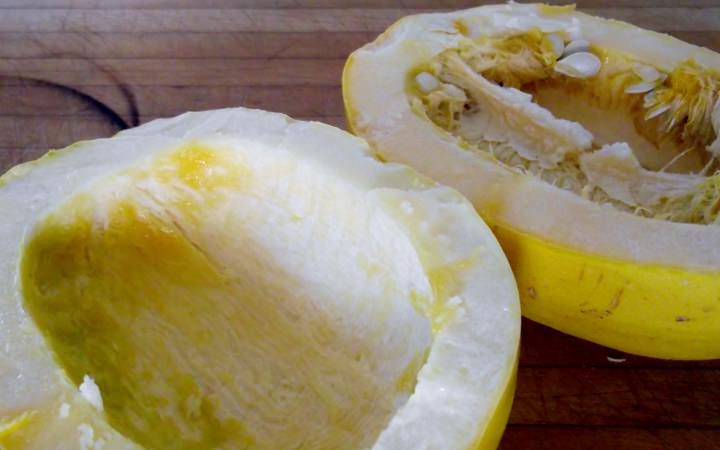 Split the squash in half and scrape out the seeds. You can save the seeds and make "pumpkin" seeds later, if you wish. 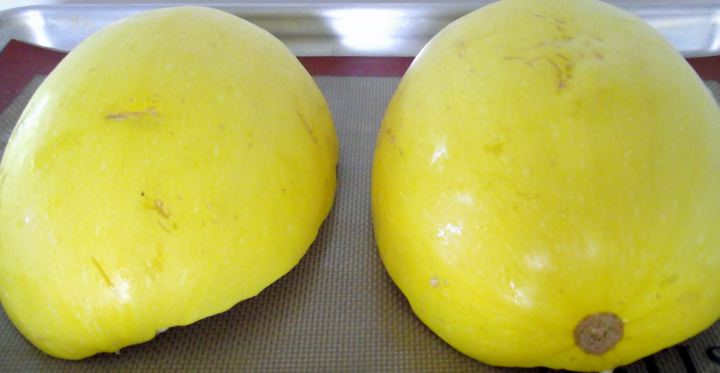 Place the squash halves cut side down on a sheet pan lined with a silicone baking mat. Parchment works fine, as well. 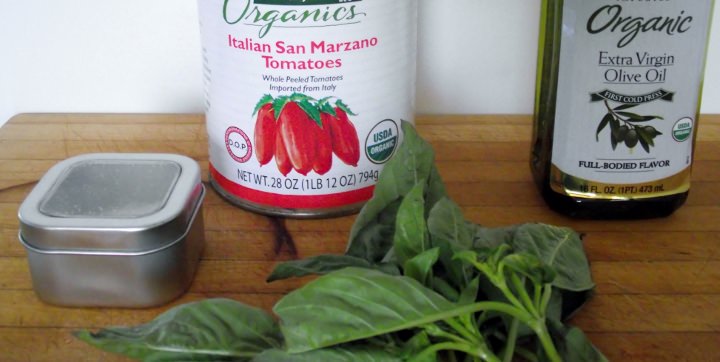 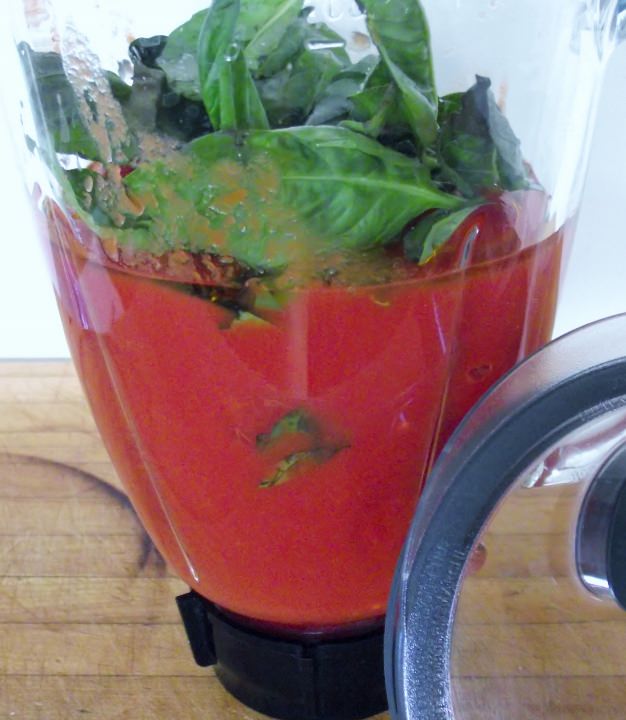 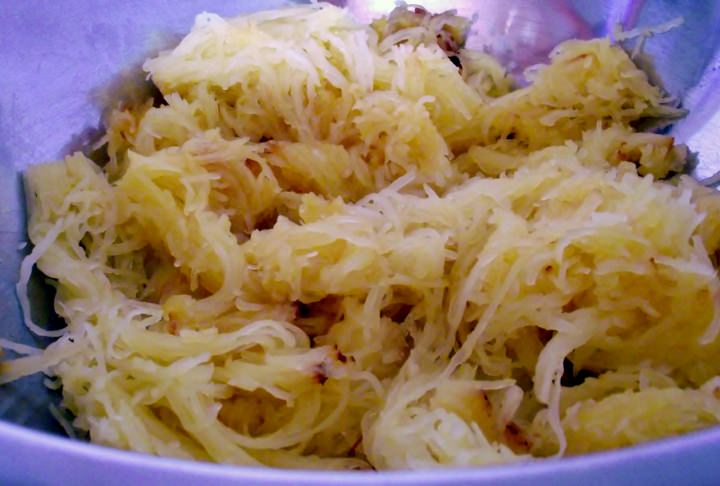 Spaghetti squash after it has been removed from its shell. 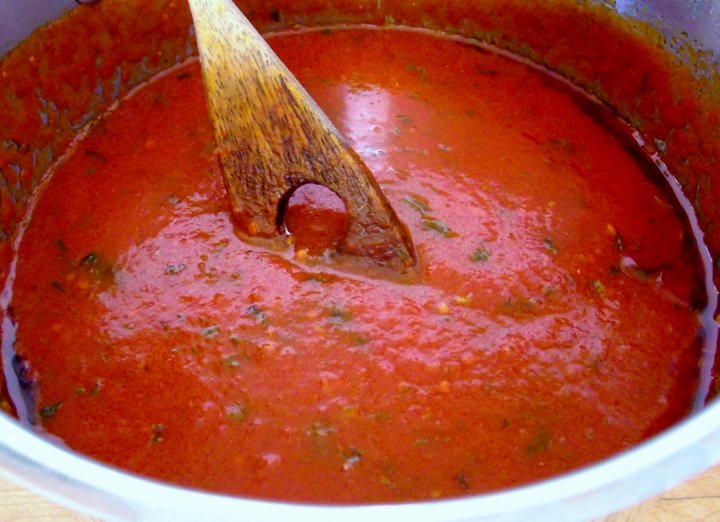 I've said it before but it bears repeating. Simple recipes like marinara rely on the quality of the ingredients. If you use a lesser product there isn't anything there to cover the flavor and it is going to be apparent. Take a look at my BBQ sauce recipe. If you were to use less than stellar chipotle peppers, well there are enough other ingredients that the average palate isn't really going to pick up on that. The sugar alone will hide a lot of it. But you use Hunt's tomatoes in this recipe and your sauce will be out of balance and you'll be trying to fix it and wondering what went wrong.