This New York cheesecake recipe is very near and dear to my heart. It was the first recipe I asked my grandmother to teach me to make.

As my 10th birthday was drawing near my grandma asked me what kind of cake I wanted. I said I didn’t know. She asked me if I ever tasted a cheesecake. Seriously, I immediately put one of those looks of vile and disgust on my face, like every 10 year old does, usually when they hear the words “liver for dinner”. 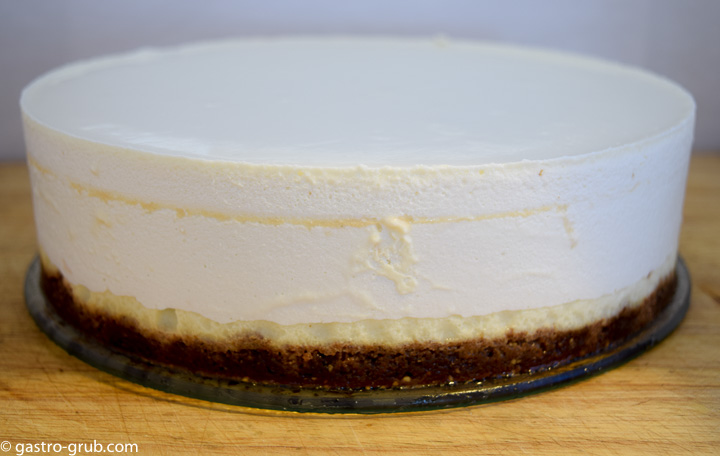 My grandma said, let me make you a cheesecake, they’re delicious. If you don’t like it I’ll make you a different cake. I figured I had nothing to lose so I said, ok.

A couple years later I asked my grandma to teach me how to make this cheesecake. I’ve been making them ever since. 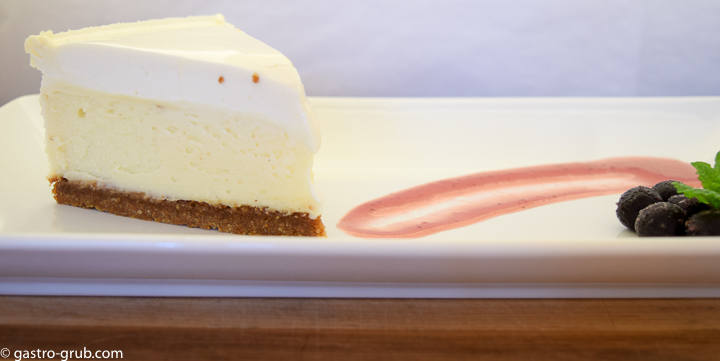 When I asked my grandma where she got the recipe, this is the story she told me:

In 1954 my grandmother was friends with two brothers from New York. They moved to Southern California and opened a restaurant in Duarte, CA called the Zanzibar.

The restaurant was famous for its New York cheesecake recipe. People would come from all over to eat the cheesecake. Actors and actresses from that era would frequent the place just for the cheesecake.

Now, my grandmother was an amazingly talented cook as well as a successful restaurant and motel owner. She and my grandfather owned a restaurant, bar, and campground in the San Gabriel Mountains.

One afternoon she was having lunch at the Zanzibar and after lunch she decided to ask Red if she could have the recipe for the cheesecake. He told her, “Helen, I can’t – we’re known for our cheesecake and I can’t give out the recipe.” She said she understood, thanked him anyway, and ordered a piece to go.

She went home and started making cheesecakes and tasting them side by side. A few days later she went back to the Zanzibar and told Red that she had a surprise for him. She opened the box and cut a piece of the cheesecake for him to taste. Red immediately assumed his brother must have given her the recipe and marched back into the kitchen and the two brothers got into a fight over it.

She broke up the fight and explained what she had done. They all had a good laugh and Red told her she wasn’t allowed to order anything to go any more.

This recipe is what she came up with - and has been in my family ever since. Now it’s yours. 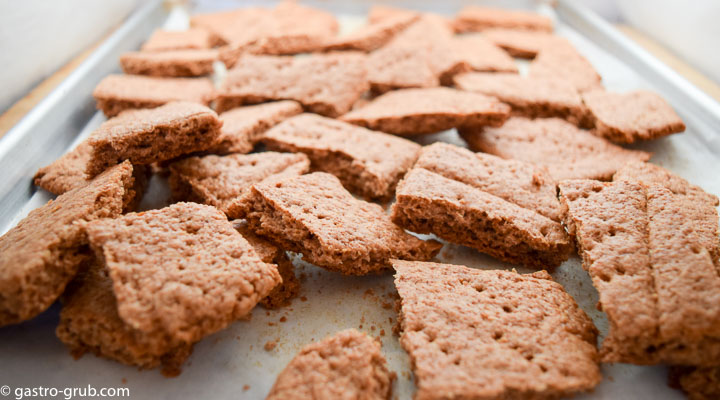 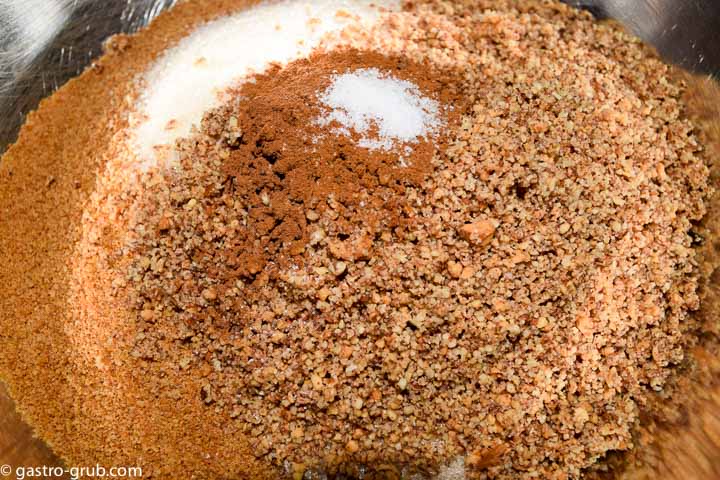 Combine dry ingredient for the crust and mix well with a whisk. Alternatively, you can mix them together in your food processor. 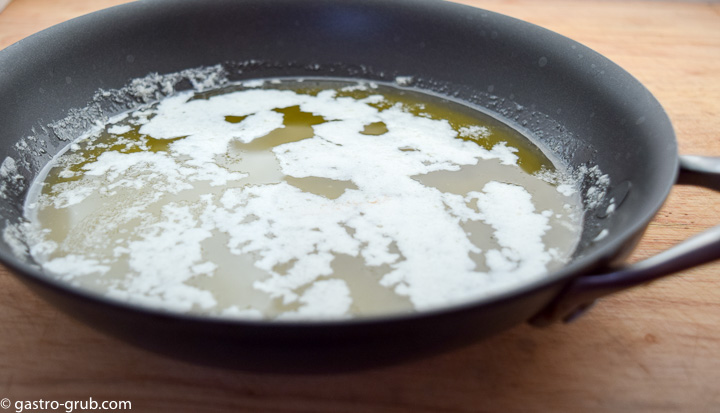 Melt the butter for the crust and add to the crumb mixture. Mix well to evenly distribute the butter and coat the crumbs. 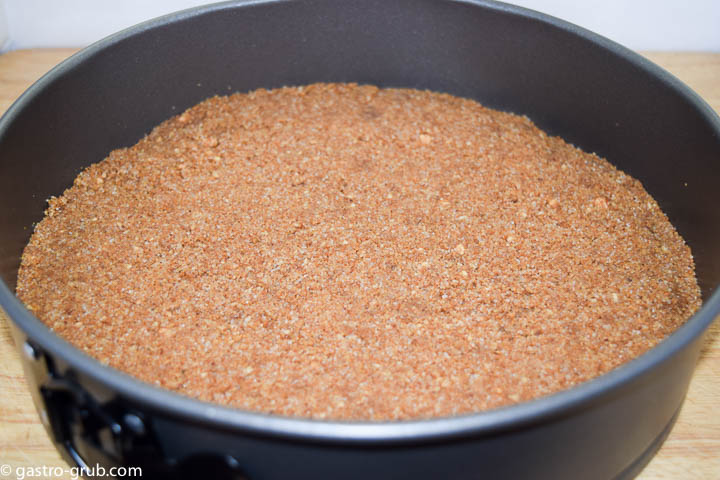 Press the crust into the bottom of a springform pan. 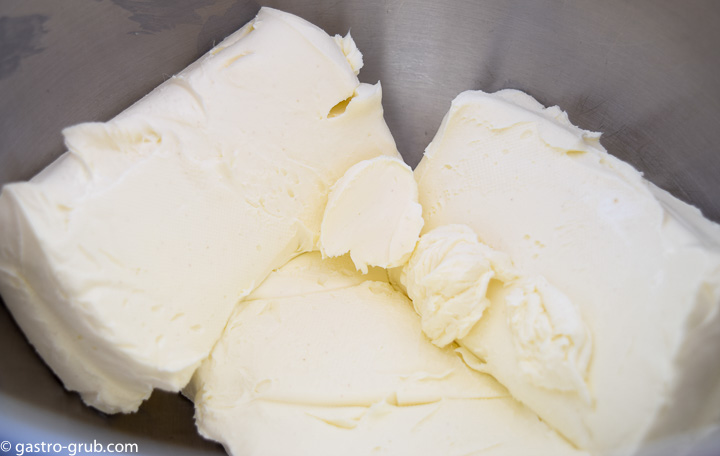 When I make a cheesecake I add my cream cheeese to my mixing bowl, cover it with film, and let it rest on the counter overnight. 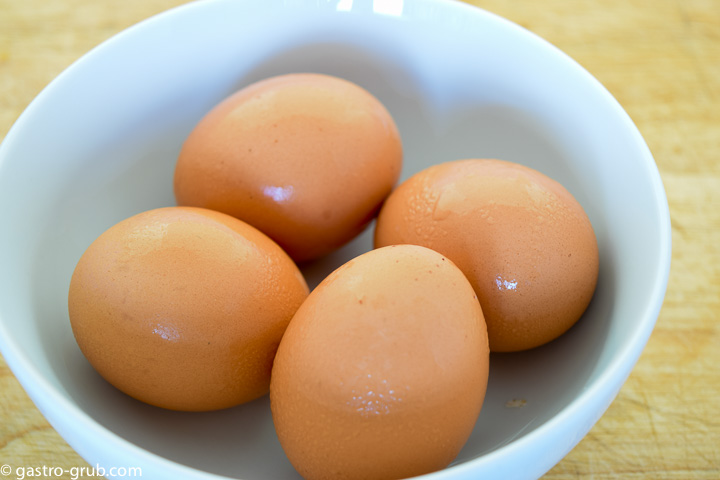 I also let my eggs rest on the counter for about an hour, to take the chill off. 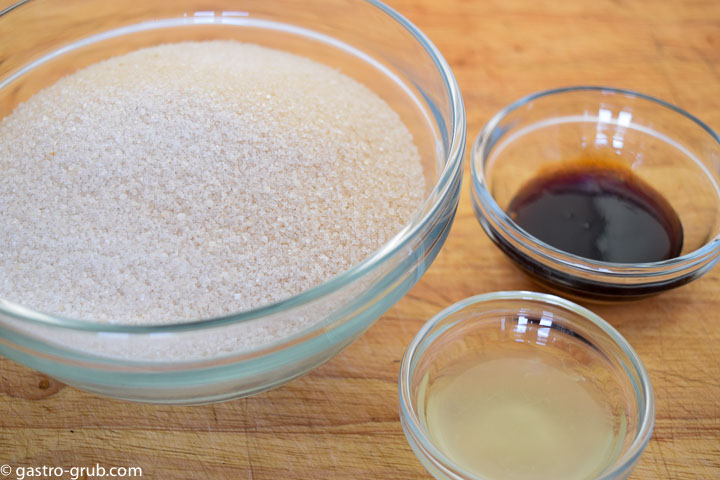 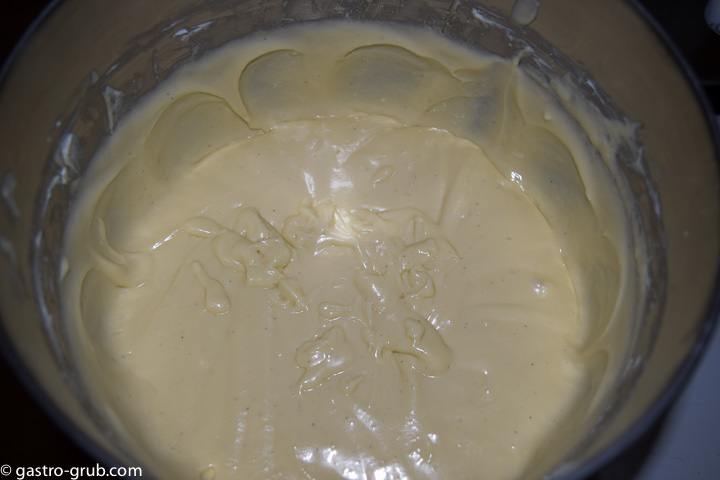 While you are mixing the filling make certain to periodically scrape the mixer bowl with a rubber spatula to thoroughly incorporate the cream cheese. 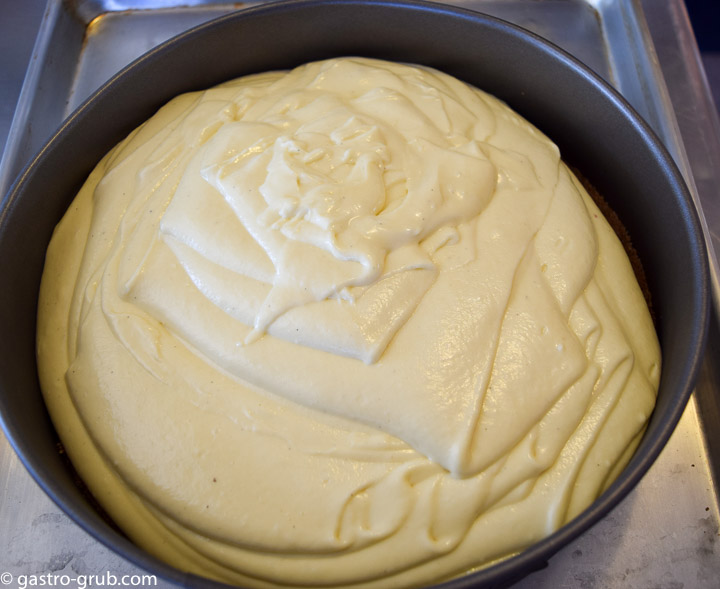 Cheesecake right out of the oven and before the top layer is added. 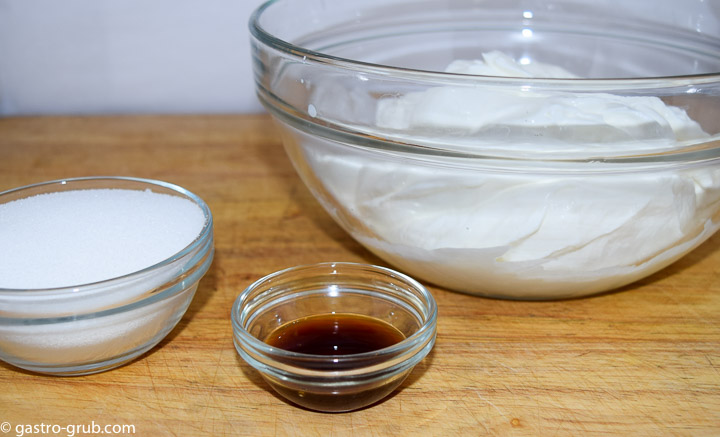 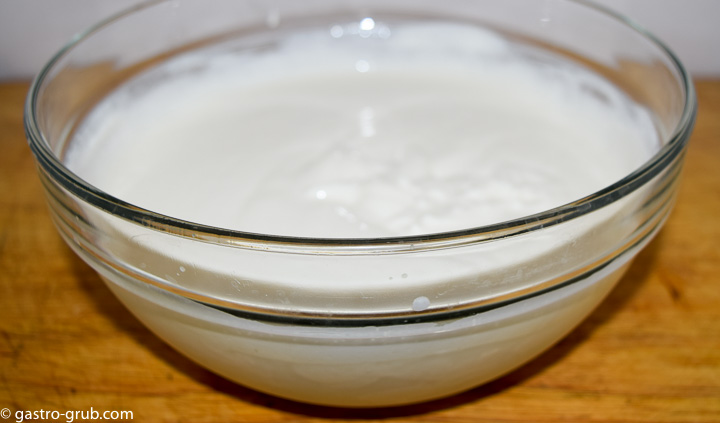 Combine the sour cream, sugar and vanilla and whisk to thoroughly mix together making certain that the sugar dissolves. Pour the sour cream mixture over the cold cheesecake and return to a 350º oven for 15 minutes.

That is one beautiful cheesecake.

The reason I made two cheesecakes to create this recipe is that the first one flopped. What happened was that instead of using sour cream for the first one I used heavy cream thickened with lemon juice.

When the cake came out of the oven after the final baking I refrigerated it until the top layer was set. When I went to un-pan it, I opened the ring and the edges of the sour cream layer was too soft. It, literally, ran down the side of the cake and onto the countertop.

Several years ago a customer asked me to come out to his table. When I got there he looked at me and said, he wished that he could cook as well as I do. I said, when you've made as many mistakes as I have you'll be able to.

Don't ever believe that professional cooks and chefs don't make mistakes, believe me we make plenty.