Prime rib, standing rib roast, or ribeye roast whichever name you prefer this is one delicious cut of meat. Characteristically there is a lot of marbling through the meat and the meat itself is very tender. It comes from the rib section of the animal as do the rib steaks and back ribs.

Interestingly, you would think that all of the same cuts of meat are available anywhere you go, and to a point you would be right. However, in some regions there are cuts that just aren't available elsewhere. Another problem is that the cut may be available but the name changes, or the cut is available but they cut it from another part of the animal.

This is a link to some Cut Charts on Bing, if you want to see where rib eye roast comes from, or any other cut of meat, for that matter. 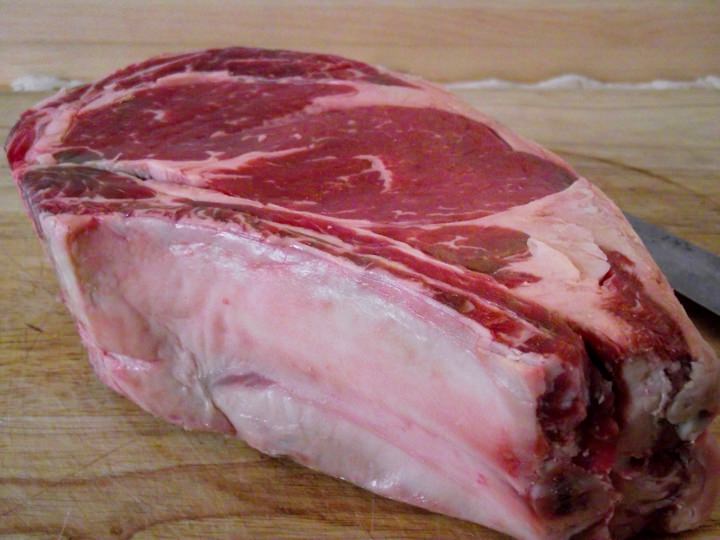 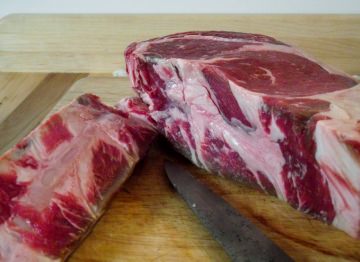 Unwrap the roast and blot the surface with paper towels until it is dry to the touch. Using a utility or boning knife run the blade up along the line of the bone until only a small portion, about a half inch, or 1 centimeter, is still attached.

The bone has been completely removed, except for a small section at the top where it is still attached.

This step can be completed ahead of time. You can do this when you get it home from the store or wait until you are ready to go in the oven, it makes no difference. 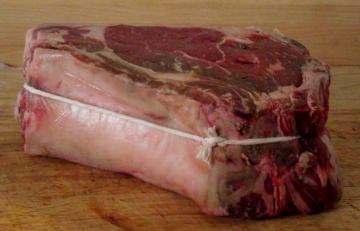 From step 7 below: Move the bone back into position and secure it with butcher's twine.

There is a good chance your butcher or meat counter has already done this for you. If so, then you don't have to do it. If the butcher did the job for you the bone will be attached all along the top edge, and the roast will be tied. 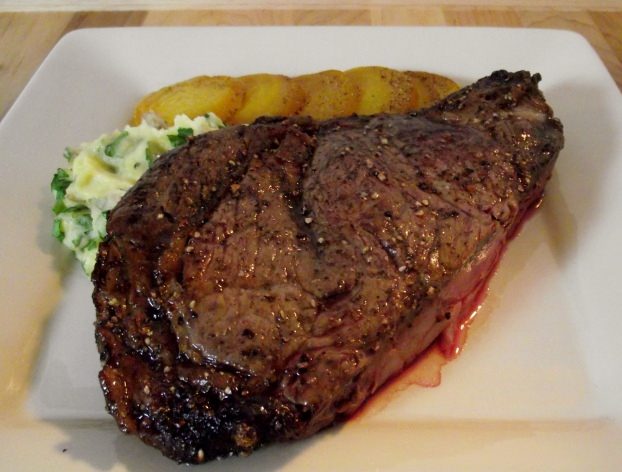 How To Cook Prime Rib Or Rib Eye Roast 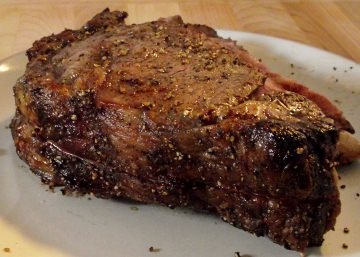 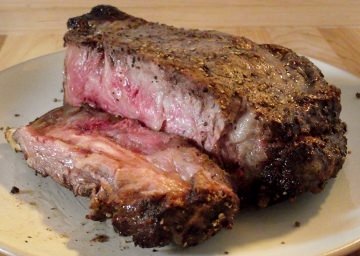