Duck has been domesticated for about 2000 years. It seems first in China, and later in other parts of the world.

Today the majority of duck is the Pekin duck, and in the US most of those come from Long Island and are commonly referred to as Long Island duck. Another breed that is gaining in popularity is the Muscovy duck.

While this recipe seems, on the surface, to be complicated it isn't. It is involved, however. That is to say it's not a put it and forget it kind of thing. That said, you should give it a try, it is a great roast duck recipe. 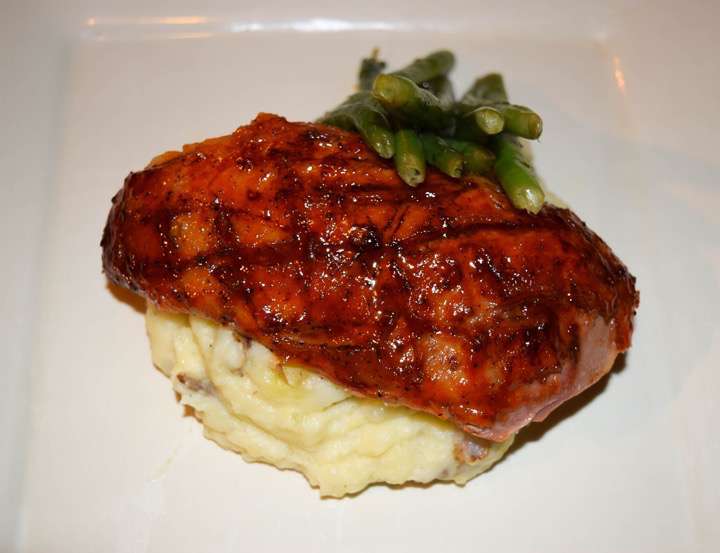 My Roast Duck Recipe With Mashed Potatoes And Green Beans 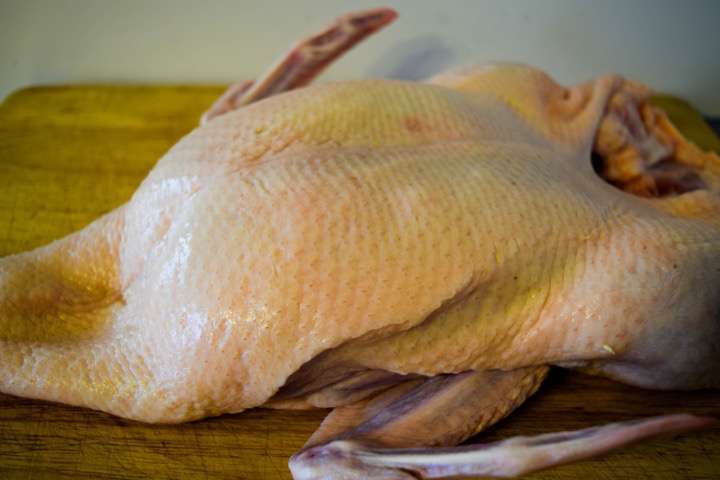 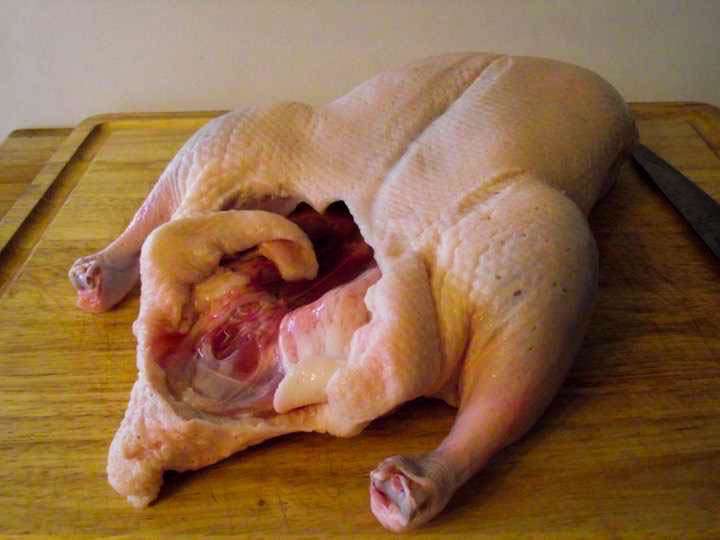 Pat dry and transfer to a clean cutting board. 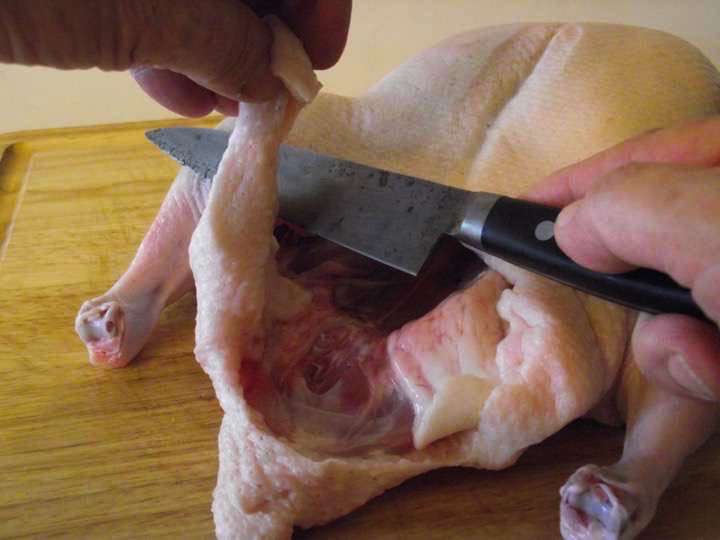 Remove the excess skin from the area around the cavity. Don’t throw the skin away, reserve the skin to render into duck fat. 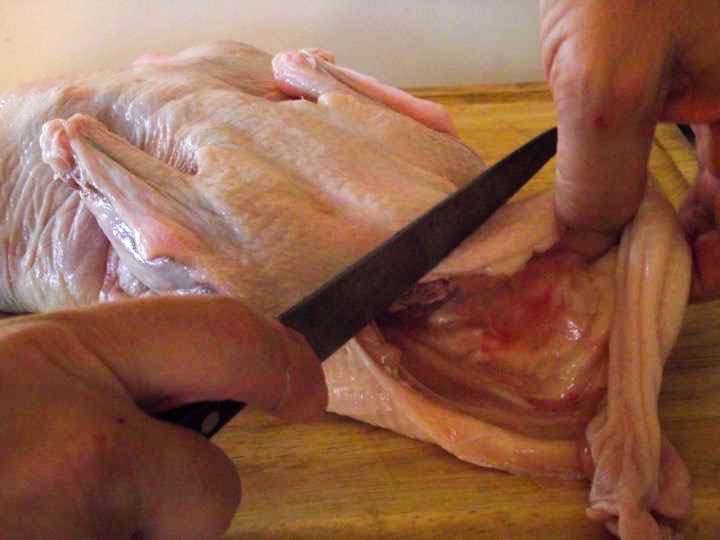 Remove the excess skin from the neck. Don’t throw the skin away, reserve the skin to render into duck fat. 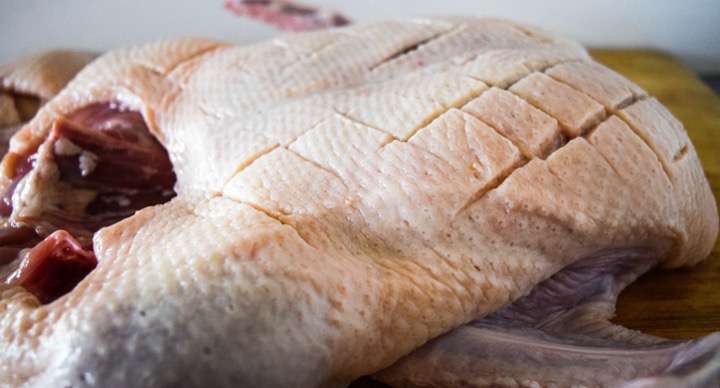 Whenever you make duck you need to score the skin. This allows the fat to render out easily. 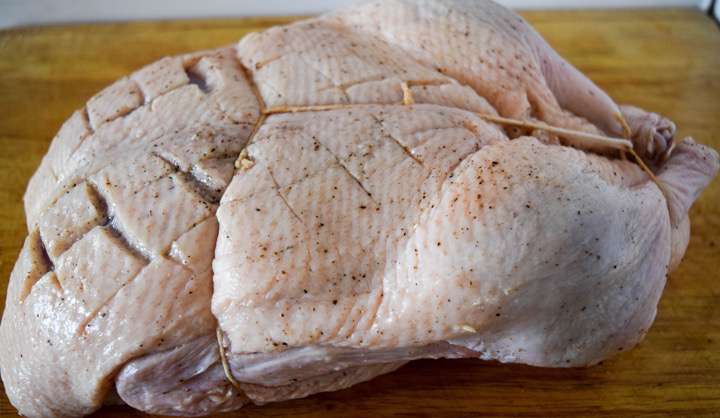 Next you need to season, stuff, and truss the ducky. 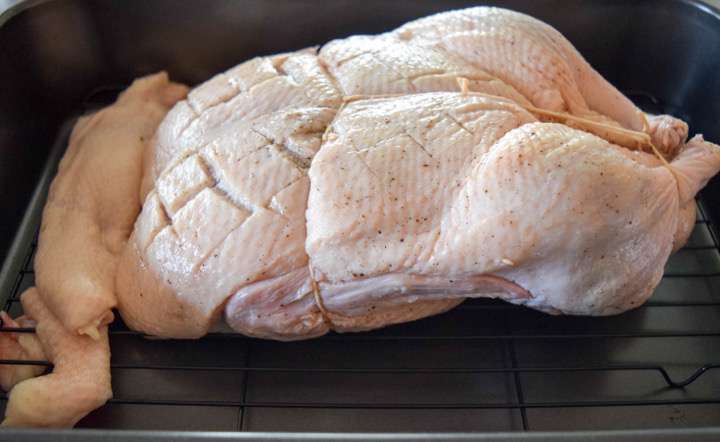 All ready to roast, notice the skin that I trimmed off. This is going to render into fat. It also makes yummy duck cracklins.

Place the roasting pan into the preheated oven, breast side up. Roast for one hour. 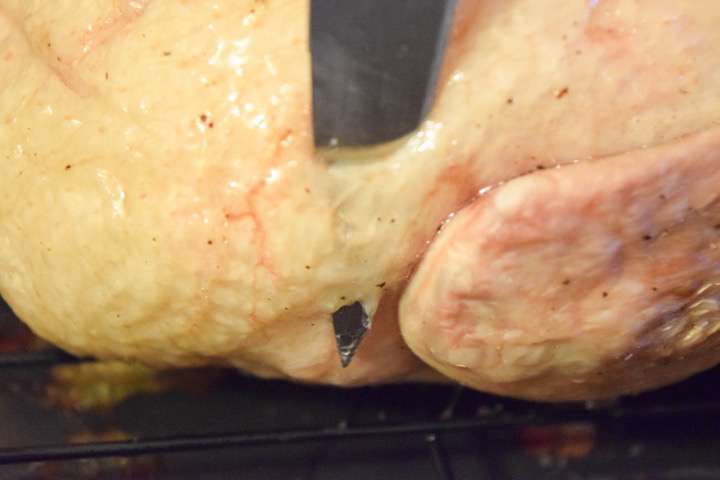 After the first hour, remove the duck, pierce the skin, and flip the duck over. Roast for one hour, remove, pierce, and flip. Repeat this cycle two more times. 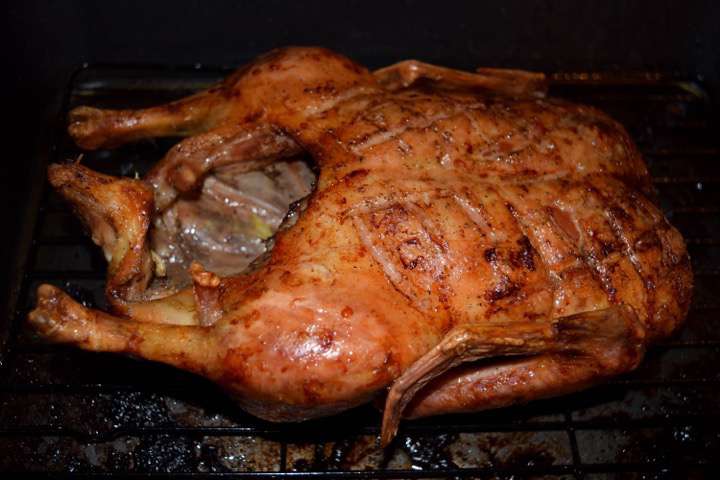 Roasted duck after four hours in the oven. Now increase the temperature to 400 F / 205 C and roast 10 minutes, breast side up. 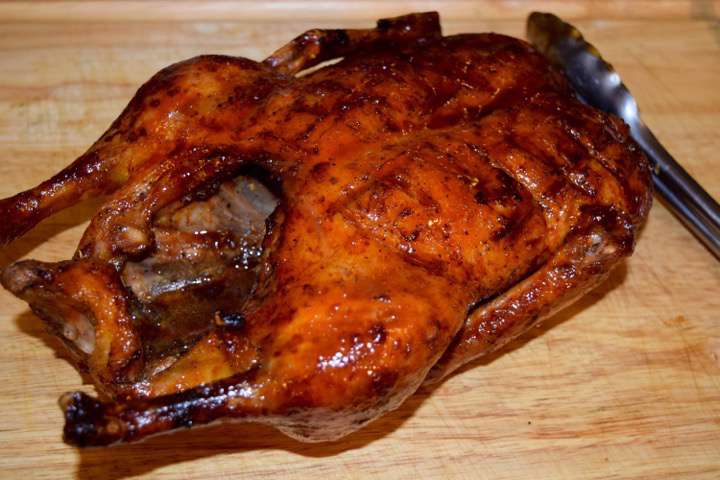 Remove from the oven and glaze the bird with the sauce. (See Below) Then back into the oven another 7 minutes.

Remove from the oven and rest, in a warm spot in your kitchen, 10 minutes. 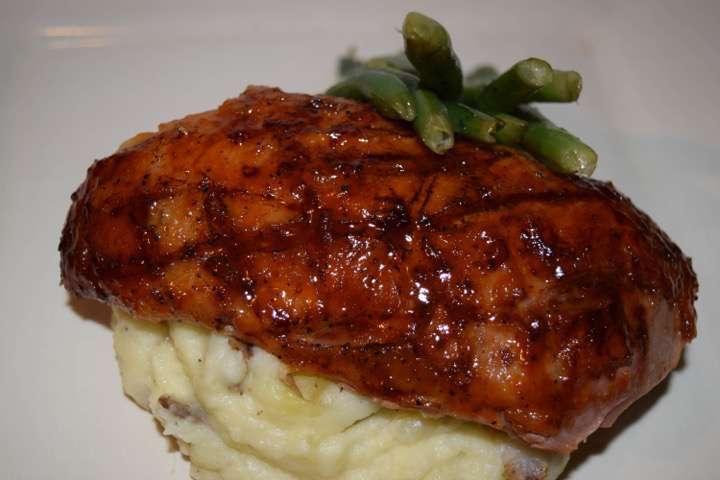 This recipe was given to me by a chef I worked with in NY. We served it under a seared rare duck breast. Although, we used sweet soy sauce in place of the tamari, but, I've never found it anywhere so I use tamari. 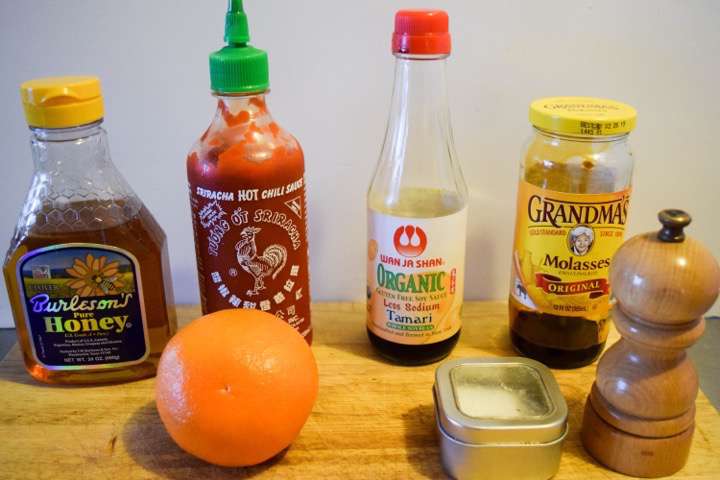 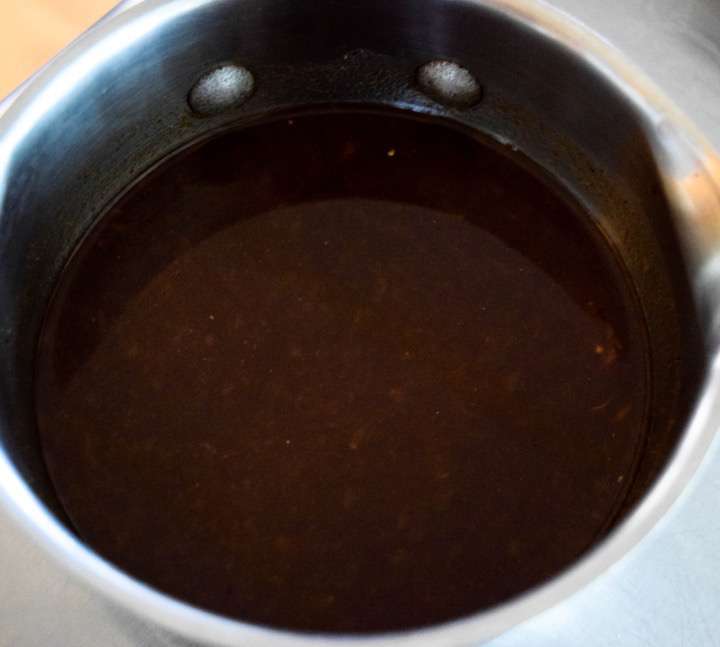 Whisk all the ingredients together. Bring to a low boil, reduce heat, and simmer until it is the consistency of syrup.

Remove from heat and set aside until ready to use.

For The Roast Duck