Roasted bone marrow is one of my many favorite things to eat. If you've never tried it I really urge you to do so. It is simple to make and amazingly delicious.

If you are in or near a major metropolitan area you can find it on menus in fine dining restaurants. That is a great way to give it a try, before you commit to making it. In NYC try the bone marrow at Minetta Tavern, it is similar to this recipe and absolutely delicious.

You can source marrow bones from most artisan butcher shops. Ask them for marrow bones and ask that they cut them lengthwise down the center.

On a personal note, this was our first wedding anniversary dinner. 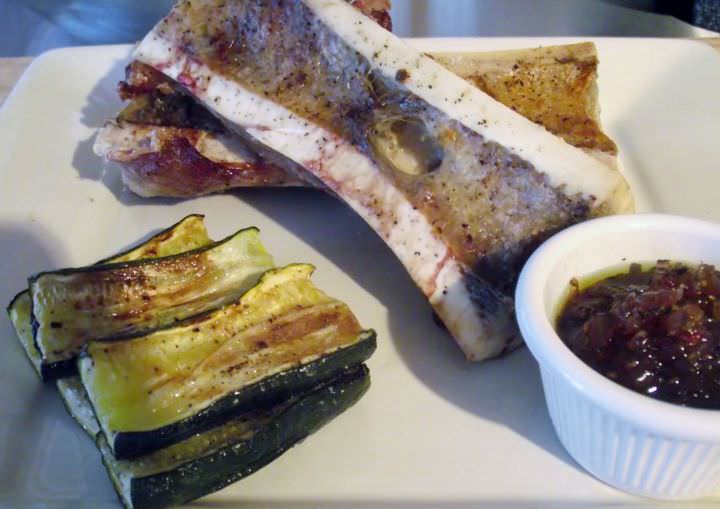 Arrange the marrow bones and roasted zucchini on plates. Divide the marmalade between two remekins and place to the side of the plates. 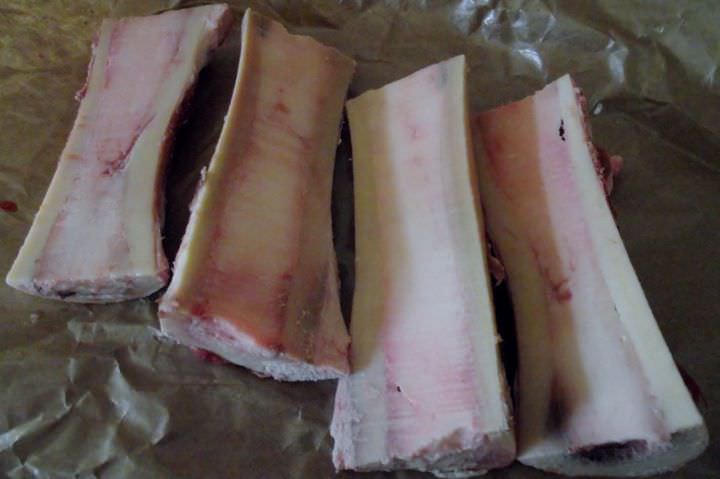 There really is no prep to the marrow bones other than seasoning them with salt and pepper.

Notice the bread slices are cut in half, on a bias.

For The Red Onion Marmalade

For The Crostini Di Pane

For The Marrow Bones

For The Roasted Zucchini

For The Red Onion Marmalade

For The Crostini Di Pane

For The Roasted Zucchini and The Marrow Bones