I came up with this idea one night when I was making family meal for the staff. As it turned out everybody loved them so much that I put them on the special menu. Why only on the special menu? Because I made them form the meat that I picked off the bones after making beef stock. That’s right, I essentially turned something that was being thrown out into something that made money. However we only made stock once or twice a week so they really couldn’t go on the regular menu. 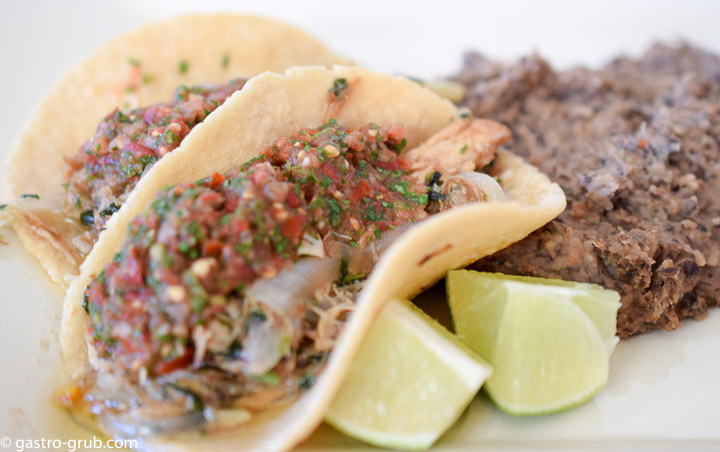 I really love this recipe, not just for its economy, but because the tacos really are absolutely delicious, as you will see when you make them. Yet another reason for loving them is just how simple and easy they are to make. The meat has just five additional ingredients and there is no set amounts. It works more like a ratio than a recipe.

Why are they street tacos? Well, street tacos are literally tacos you buy on the street, usually from a cart or truck. They are small and can be eaten with one hand in a few bites and that is exactly what these are.

Since they are made with leftover meat after making stock the amount of oil that you need to make these will seem like a lot, but it is absolutely necessary. Remember, after making stock that meat is going to be dry and flavorless, because all of the flavor from the meat is now in the stock. In addition any fat that may have been present is cooked out of the meat. 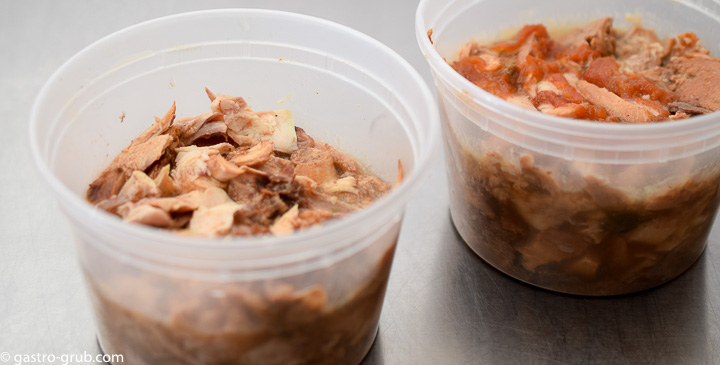 I have one container of shredded meat for tacos, on the left. The other container is for the dogs. 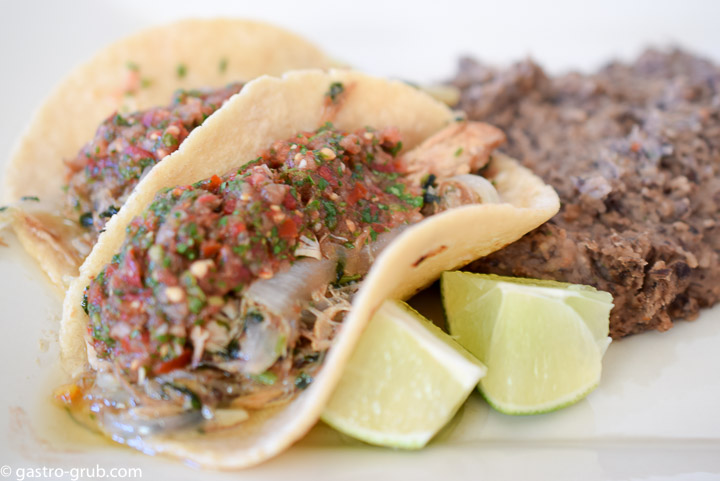 Those are some good looking street tacos and absolutely delicious.

A Simple Recipe For Street Tacos