The Feast of San Giuseppe started in the south, in Sicily, Apulia and, Abruzzo. March 19, St Joseph's Day is traditionally celebrated with a large feast. Since it is during Lent the feast usually means the food is meatless. The special sweets called zeppole di San Giuseppe, sfinge di San Giuseppe, fritelle, sfinci, Italian zeppole, or bigne di San Guiseppe are always present. Sometimes they are filled with sweetened ricotta or pastry cream.

While there is a great deal of variation in, both, the name and the preparation my family called them sfinge and prepared them like the recipes below.

My great grandmother, Mamma, had a brother named Sal. He had a son who had a daughter. That is Debbie. We are so distantly related that I'm not even sure what we are, I think we are 4th cousins.

Anyway, through the magic of Facebook my mom and Debbie found one another and stayed in contact with each other until my mom passed away.

When I was a kid Mamma always made sfinges on Christmas Eve, Easter Sunday, and The Feast of Saint Joseph. That was it, we seldom got them any other time of the year, no matter how much we pleaded and begged. I really loved sfinges but not a one of us had enough sense to write down Mamma's recipe before she passed away.

Not writing the recipe down wasn't so bad because grandma made them as well and she used almost the same recipe Mamma used. My mom did write grandma's recipe down.

When my mom found Debbie, it turned out that she had Mamma's recipe so she sent it to my mom. 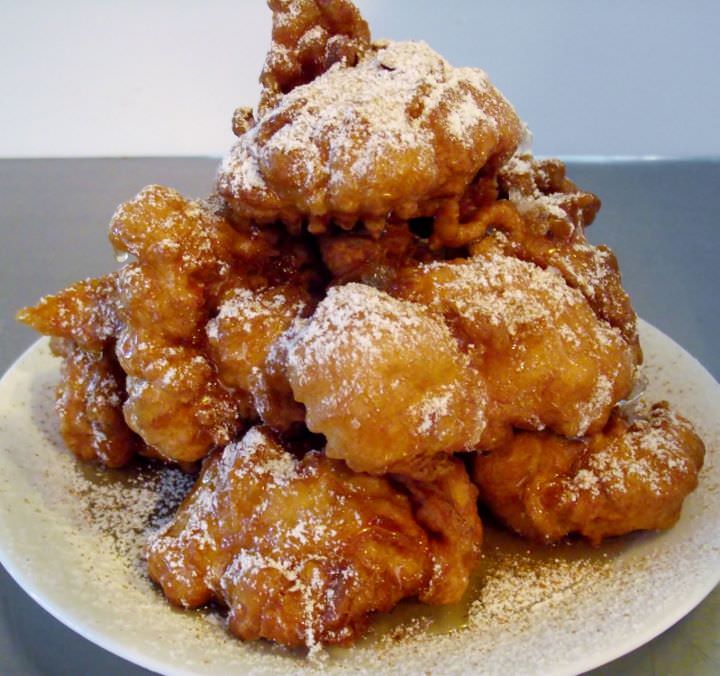 One of the things to consider is that back in Italy 100 plus years ago there was no Karo corn syrup. In all likelihood just sugar and cinnamon were used but it is also possible that honey was used.

When Italian immigrants migrated to America they weren't wealthy people. Karo syrup would have been a viable alternative to honey, if it was used, and a lot more affordable.

If you do a goggle search on sfinge you are going to get a lot of hits for zeppole as well. Many of the zeppole recipes are simply pate a choux and not at all like sfinge. Not that there is anything wrong with that, I love pate a choux, but pate a choux is very different from sfinge or zeppole. Sfinge are a batter very similar to fritter batter.

While I did commit to making these recipes as they are, I won't eat Karo corn syrup. If I could find a good organic corn syrup, maybe. Instead I used honey. 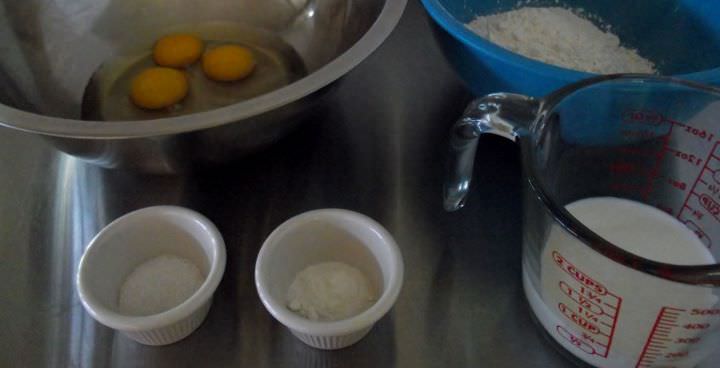 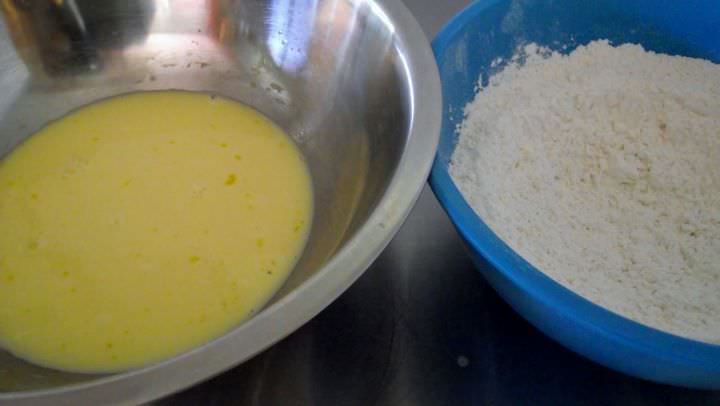 Add the eggs and milk to a bowl and whisk to thoroughly combine. Combine the flour, baking powder, and salt and whisk together. 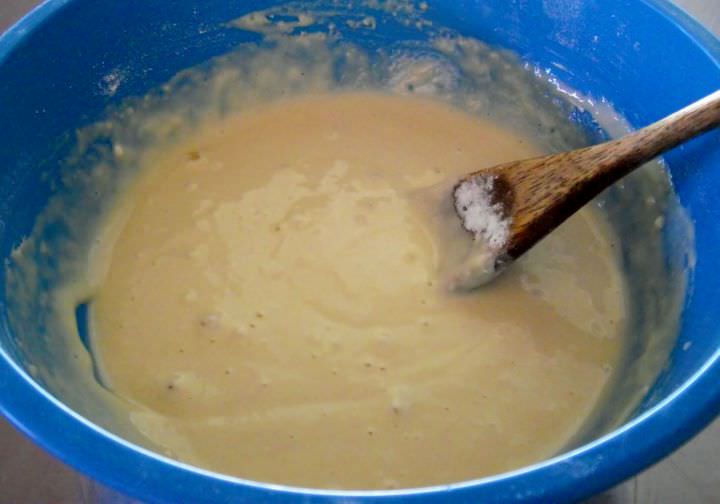 Add the egg mixture to the flour mixture and beat with a wooden spoon until you have a smooth thick batter. 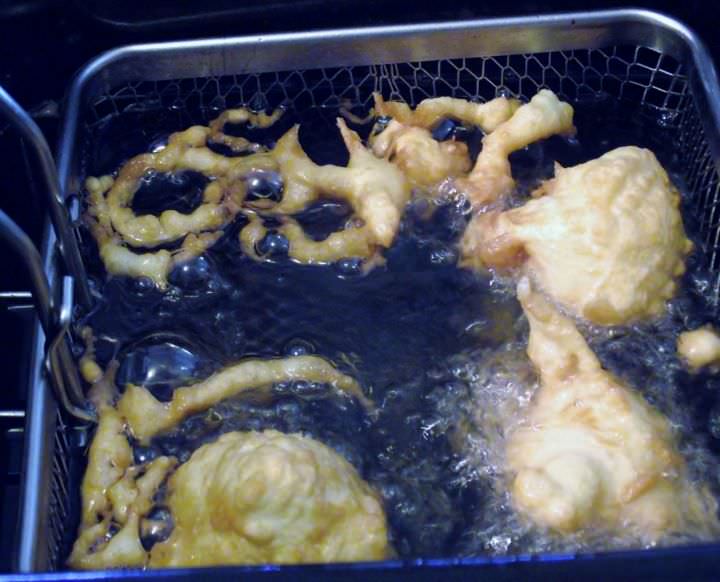 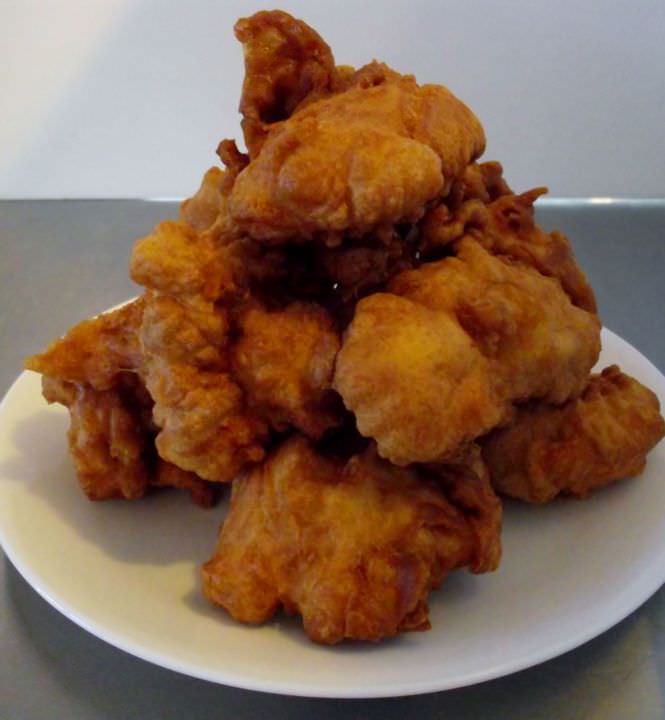 Sfinge or zeppole di San Giuseppe stacked and ready to coat with honey, sugar, and cinnamon. 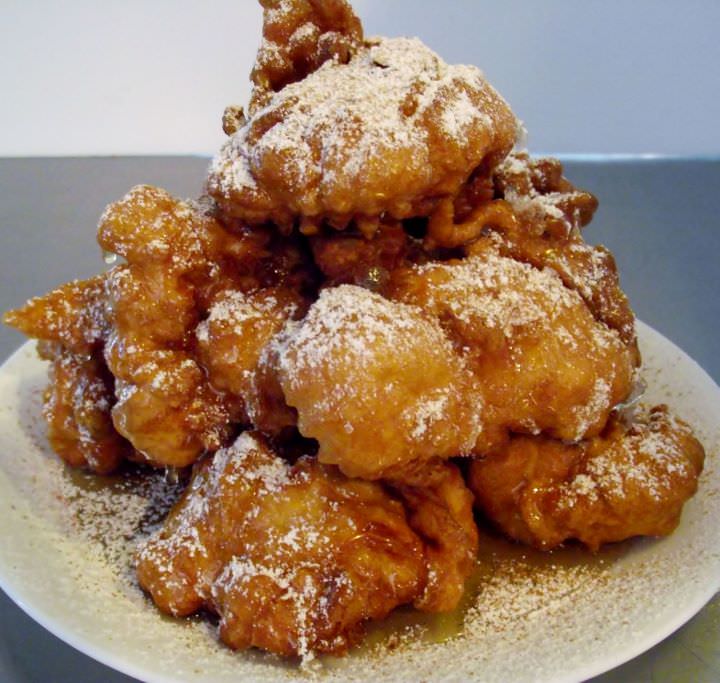 They are even better than I remember.

While I was making these I remembered that, both, mamma and grandma used a pot to deep-fry on the stove top. What reminded me was that after I dropped the first one in the batter stuck to the holes in the fryer basket, and I thought to myself, that's why they did these on the range-top.

So if you use a deep fryer be aware that you will have to use a metal spatula to release them from the bottom of the fryer basket. Be careful and do it slowly so you don't splash hot oil all over yourself.